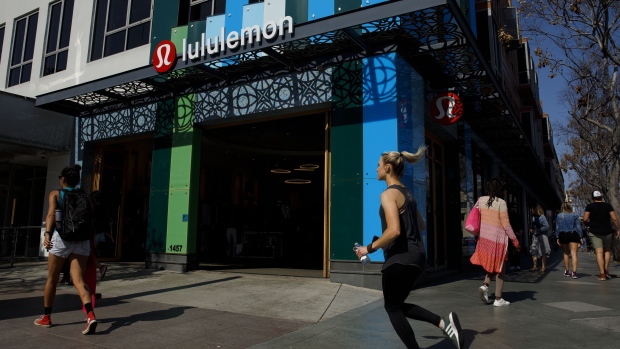 Lululemon Athletica Inc., best known for its yoga pants and workout gear, is getting into the shoe business.

The athleticwear maker plans to invade a footwear market dominated by Nike Inc. and Adidas AG. Chief Executive Officer Calvin McDonald announced the foray into shoes on Wednesday, during the company’s first analyst day since 2014.

“We tested and we learned a lot on footwear and what we learned is: The guest resonates with us selling footwear,” McDonald said. “We believe we’ve identified an opportunity that will be unique to us, and unique within the marketplace.”

Footwear is part of a five-year growth plan that executives unveiled to investors and analysts. Lululemon wants to double revenue in its menswear and online businesses by 2023 and quadruple international sales in the same time frame. Expansion abroad will focus on China and other Asian markets and Europe. The company said there’s still potential for growth in North America as well.

Lululemon currently offers a selection of sneakers from Los Angeles-based performance shoemaker Athletic Propulsion Labs. Prices range from US$140 to US$200 for APL’s trainers and slip-ons, though they’re now heavily discounted on Lululemon’s online shop.

It’s unclear what Lululemon shoes will look like, or whether they’ll be pragmatic shoes meant to be worn in the gym or hyped kicks aimed at sneakerheads. McDonald said the company will conduct “limited and small” tests of the footwear and that its line won’t be on the market any time soon. He declined to share additional details on the project, but said there would be more to reveal before the end of the year.

“We want to enter with something that is unique, defined, and focused,” he said.