Americans appear poised to open their wallets this crucial holiday season, which is an encouraging sign for department-store chains that need a win after almost two years of navigating the coronavirus pandemic.

Macy’s shares rose as much as 17 per cent in New York trading on Thursday, the most intraday in a month. The stock had already nearly tripled in value this year through Wednesday’s close and is at roughly double its pre-pandemic level. Kohl’s, up 39 per cent this year through Wednesday, rose as much as 10 per cent, the most intraday in almost nine months. 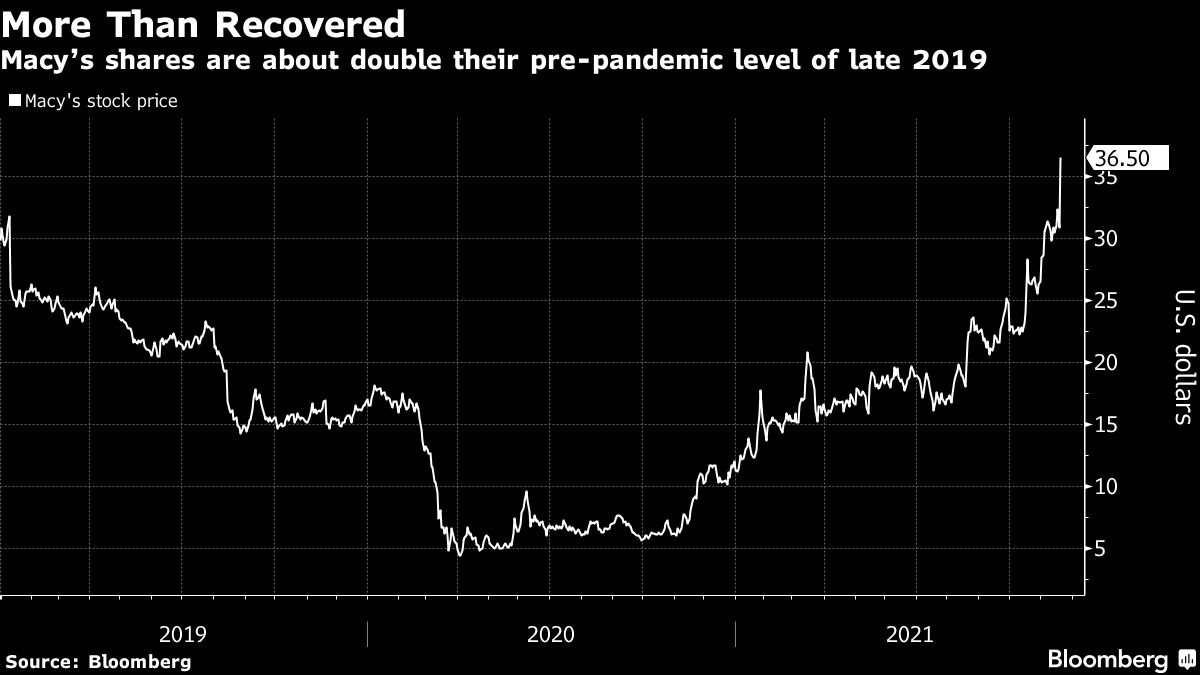 In addition to performing well despite supply-chain disruptions as flush consumers flock back to physical stores, Macy’s may be seeing a lift as it implements digital strategies that investors have sought for years. On Thursday, the company said it plans to launch a digital marketplace in the second half of next year, aiming to expand its product assortment and highlight third-party merchants.

That’s part of the company’s goal to generate US$10 billion in sales by 2023, Macy’s said. Activist investor Jana Partners, which recently bought 1.5 per cent of Macy’s outstanding stock, has said the department-store chain could boost its valuation by spinning off its e-commerce business.

Consumer spending for the holidays is seen reaching a record this year, and department stores have traditionally received an important portion of it. These earnings reports are further confirmation, after similar figures this week from Walmart Inc., Target Corp. and more, that shoppers are willing to spend at traditional stores this holiday season.

Still, these retailers aren’t out of the woods yet, because they must still contend with supply-chain logjams, consumers’ concerns about rising inflation, out-of-stock inventory and staffing shortages.

“Macy’s is bouncing back from a terrible 2020 and is, like many other retailers, taking advantage of very elevated levels of spending in the consumer economy,” Neil Saunders, managing director of GlobalData, said in a note. “None of this takes away from the positive numbers, but it places an important context around the reasons for recent success.”

Earlier this month, Macy’s said it would raise its hourly wage to US$15 an hour and offer new education options. The Washington Post reported Wednesday that the company is asking corporate employees to volunteer for shifts in its stores. 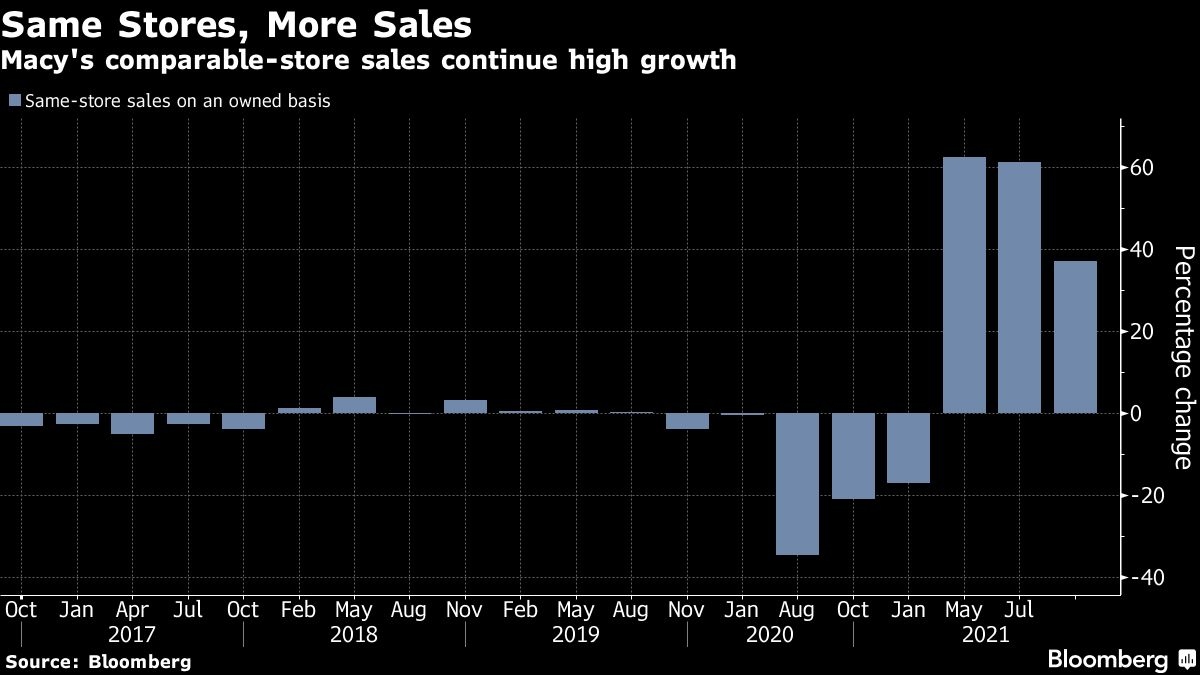 Macy’s Chief Executive Officer Jeff Gennette said in a statement that the company is continuing to “invest in positioning our company for long-term sustainable and profitable growth.”

At Kohl’s, executives now expect net sales to increase in a mid-20s percentage range as opposed to the previous projection of a low-20s range. It also increased its expected operating margin to as much as 8.5 per cent this year, compared with the previous outlook of 7.6 per cent.