The world’s biggest restaurant company saw its U.S. network shrink by more than 100 locations last year, after accounting for new openings, according to an estimate from researcher Technomic. Meanwhile, the top 500 largest chains in total, including rivals Chick-fil-A Inc. and Popeyes Louisiana Kitchen, added restaurants in 2019 in the U.S., the data show.

McDonald’s had about 13,780 stores in the U.S. at the end of last year, according to Technomic. That would compare with the company’s own reported data of 13,914 in 2018 and more than 14,000 in the year prior. The company usually closes restaurants when sales and profit decline or it loses a real estate lease, it said in a filing last year.

Technomic arrived at its estimate by extrapolating from prior year’s trends which have been stable so far, according to the company.

A representative for McDonald’s said that the information is inaccurate, but that it was in a quiet period ahead of earnings on Jan. 29, which precluded the company from providing additional information or comment.

McDonald’s has faced tumult in recent months with the departure of former Chief Executive Officer Steve Easterbrook, who was fired in November because of a relationship with an employee that violated company policy. Since then, Chris Kempczinski has doubled down on new technology including ordering kiosks, a mobile app and smart drive-thru displays that feature menu items based on a customers’ predicted preference. 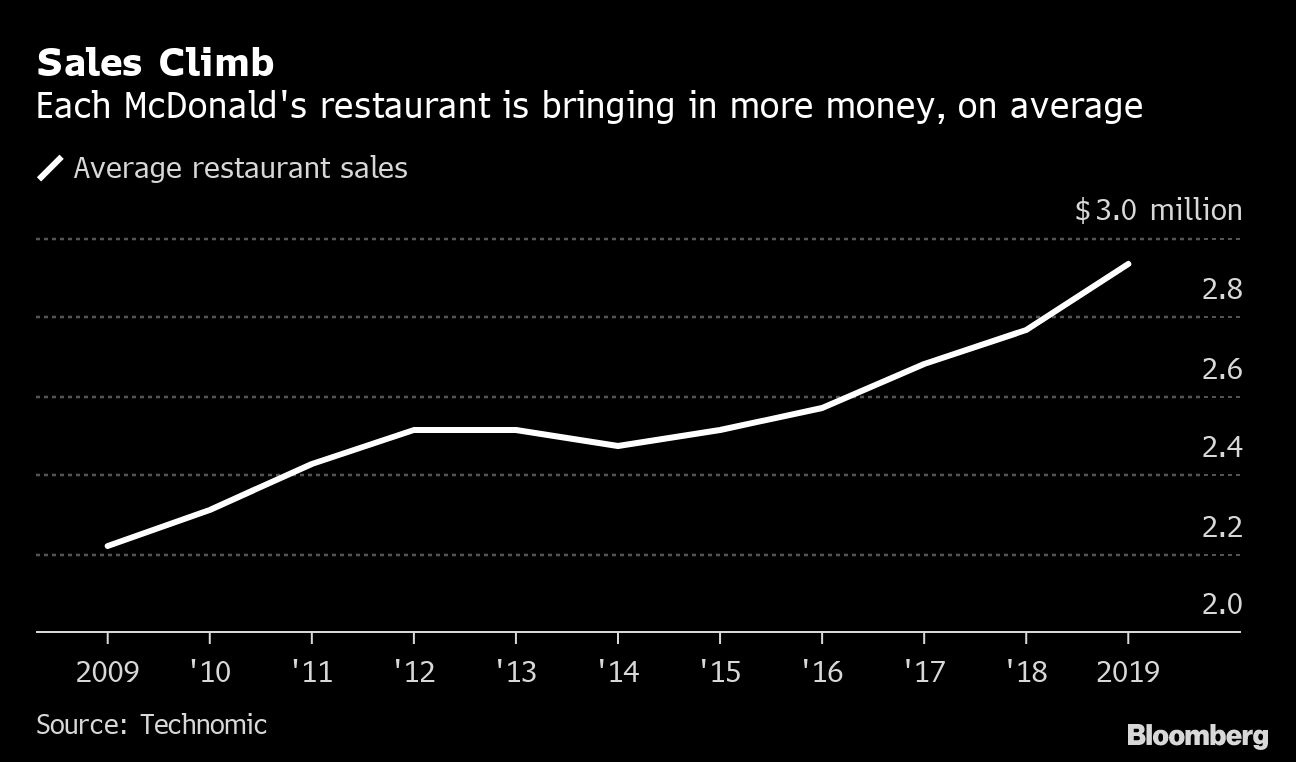 The moves have helped push same-store sales up in recent quarters, but McDonald’s has still struggled to get more diners through the door. Customer traffic has been falling across the industry as U.S consumers cut back on eating out in favor of staying at home. In addition to discounts, the chain is trying out a revamped chicken sandwich and new breakfast foods to lure consumers.

McDonald’s move to close under-performing locations may be helping performance on a per-store basis, however. Average annual store sales have gone up in recent years, Technomic data show, with that figure climbing to US$2.93 million last year, compared with US$2.77 million in 2018. In recent years, over-aggressive expansion has hurt chains like Subway Restaurants, as well as toasted sandwich maker Quiznos, which expanded to about 5,000 restaurants before withering away to 2,100 in 2014 when it filed for bankruptcy.

McDonald’s next week is scheduled to report fourth quarter earnings, which will be its first under Kempczinski.