Still much suffering under the surface of Canada's jobs market: Manulife's Donald

Canada’s labour market is showing signs of strength after months of COVID-19 destruction but the weakness among new female employment is holding back the pace of the recovery.

Recent labour market data show men are disproportionately benefitting from the phased provincial reopening of the economy while women are struggling. In May, men recouped 14 per cent of the nearly 1.5 million jobs they lost in March and April during the pandemic induced shutdown. That compares with just five per cent recovery rate for the 1.5 million female jobs lost despite women being the earliest victims of COVID-19 fallout as service-sector and lower-wage positions were decimated.

One reason the female recovery is not keeping pace is because of the composition of jobs recouped. The goods-producing sector accounted for a majority of the jobs gained in May as male-dominated industries like natural resources, manufacturing and construction were able to resume activity earlier than other non-essential businesses. 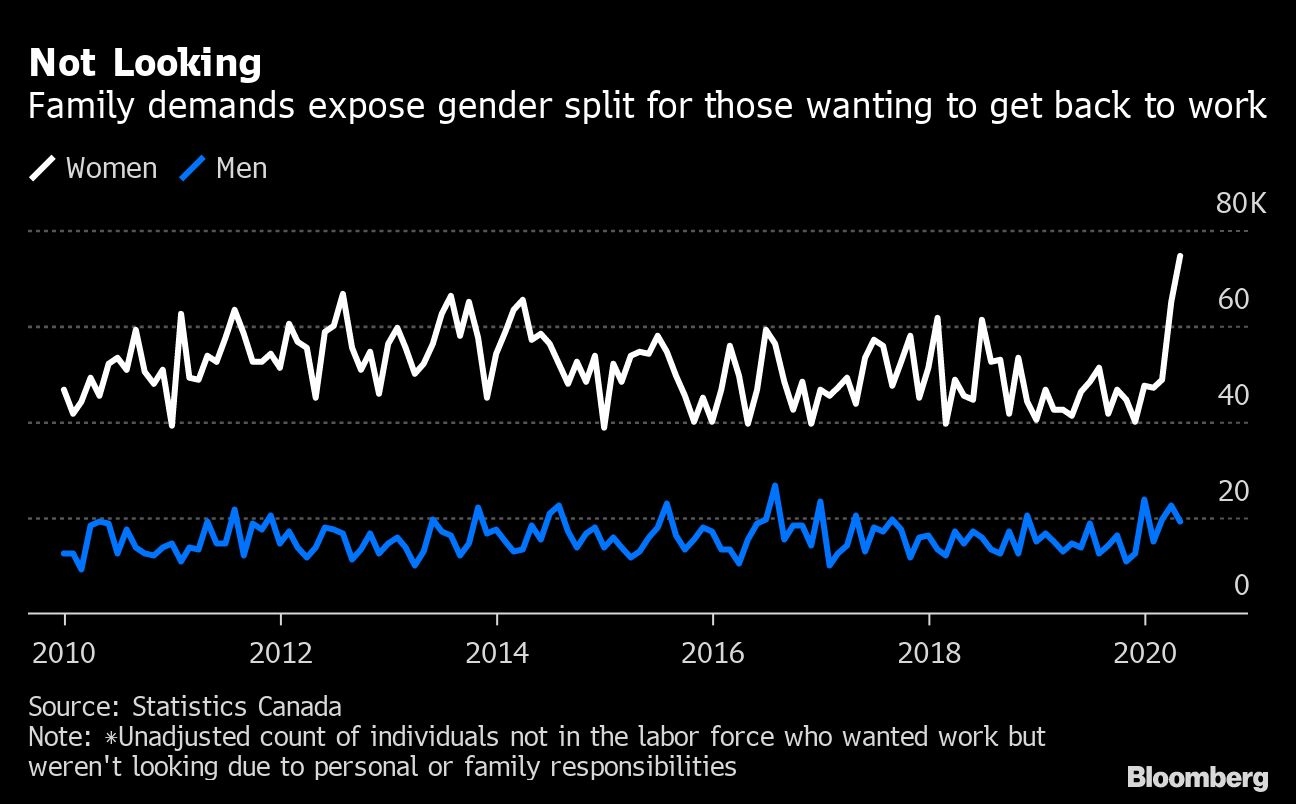 A second reason is women having to stay home and care for their children while schools and daycares remain closed, according to economist Armine Yalnizyan. Without safe protocols in place for kids to return to classrooms or care centres, parents often have no choice but to keep them at home for longer. This in turn keeps women out of the workforce longer and slows the overall recovery, said Yalnizyan, a research fellow at the Atkinson Foundation.

May jobs figures released Friday in Ottawa showing an unexpected gain of about 290,000 positions after two months of record losses also reveal child care as a key limitation. About 94,000 Canadians who weren’t in the labour force but wanted work said they weren’t looking because of personal or family responsibilities — 80 per cent of those were women.

“Without question, a limiting factor for women’s return to work is child care,” Yalnizyan wrote in a presentation to lawmakers this week. “Simply put — there will be no recovery without a she-covery; no she-covery without child care.”