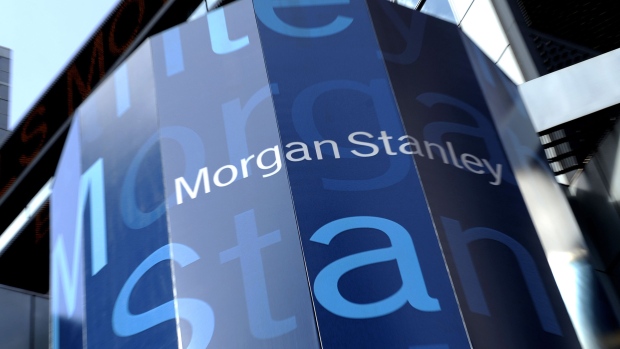 Morgan Stanley signage is displayed at their headquarters in New York, U.S., on Thursday, April 21, 2011. Morgan Stanley, operator of the world's largest brokerage, rose in New York trading after reporting profit that beat analysts' estimates and saying a Japanese bank agreed to convert a preferred stake in the firm. Photographer: Peter Foley/Bloomberg , Bloomberg

(Bloomberg) -- Morgan Stanley has closed its Calgary investment banking office, according to people familiar with the matter, as Canada’s energy industry struggles with decreased investor interest and a dearth of dealmaking.

Denis Rajotte, who was head of Canadian energy investment banking and led the office, is no longer with the bank, the people said, asking not to be identified discussing a private matter. Representatives for New York-based Morgan Stanley declined to comment.

Canada’s oil and gas industry, which is centered in Calgary, has seen a decline in investor interest as a shortage of pipeline capacity in recent years weighed on local prices, restraining the industry’s growth and damping dealmaking activity. Concerns that Canada’s oil-sands industry is contributing to climate change have also been a headwind for the sector, prompting investors including Norway’s $1 trillion wealth fund to divest their holdings.

The country’s oil and gas, oilfield-service and pipeline companies announced $486.1 million of primary or secondary share offerings last year, a fraction of the $18.8 billion of offerings announced in 2016, according to data compiled by Bloomberg.

Canadian energy shares have languished as well. The Canadian S&P/TSX Energy Index has slid 15% in the past five years, compared with a 41% gain for the broader S&P/TSX Composite Index.