Wholesale sales in Canada pulled back by the most since 2016 in May on declines in motor vehicles, while a measure of sales to inventories rose to the highest in more than two decades.

The value of wholesales fell 1.8 per cent on the month, the biggest decrease since March 2016, Statistics Canada said Monday from Ottawa. That missed the median forecast in a Bloomberg survey for a gain of 0.5 per cent.

The inventory to sales ratio -- a measure of how many months it would take inventories to be exhausted at current sales levels -- rose to 1.43 in May, the highest since October 1995. Inventories rose 1.1 per cent from the previous month.

The disappointing wholesales report follows a miss in the retail sales data last week, and may cast doubt on the Bank of Canada’s expectation for a significant second-quarter growth rebound. 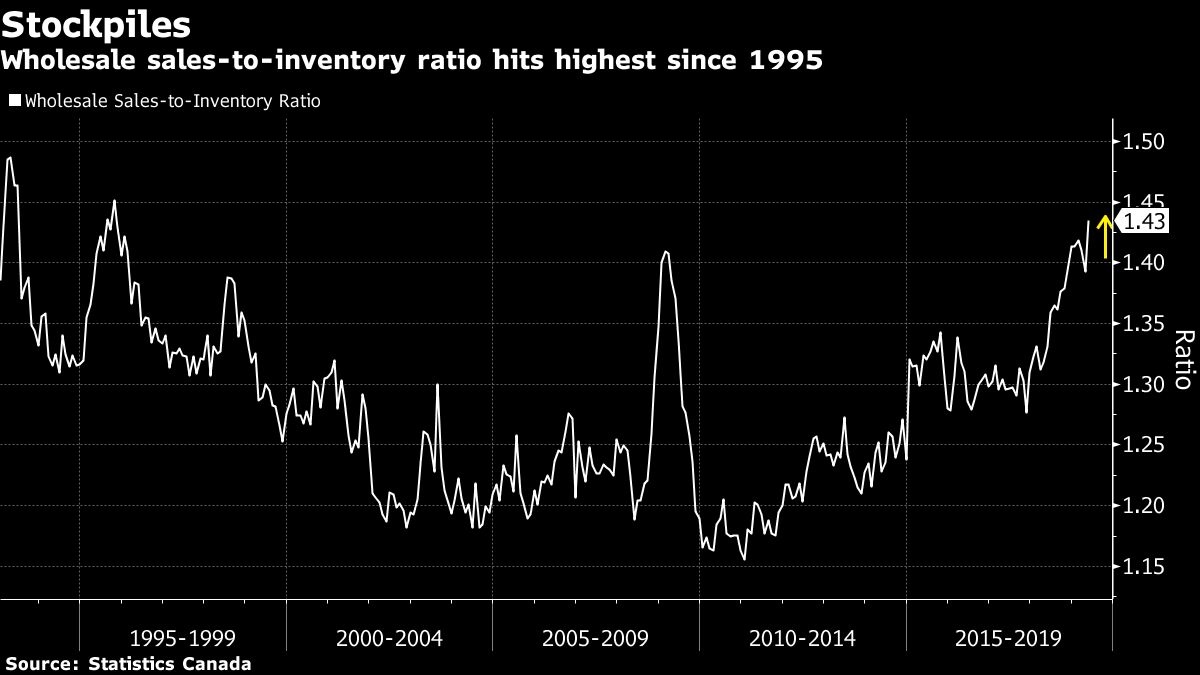 Sales were down in six of seven industries, driven lower primarily by a 4.3 per cent decline in the motor vehicle industry. Accounting for changes in price, wholesale volumes fell 1.9 per cent.

However, some of the decline in May could be pay back for earlier strength -- March and April saw the fastest 2-month gain in sales and volumes since end of 2015.

Canada’s currency depreciated after the release, trading 0.2 per cent lower at $1.3083 against its U.S. counterpart at 8:36 a.m. Toronto time.