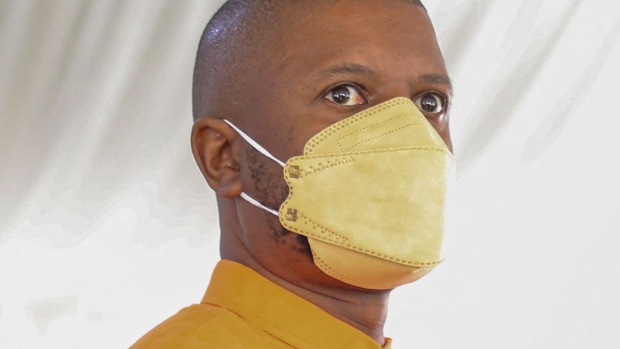 (Bloomberg) -- A court in Mozambique found the former president’s son and 10 others guilty for their role in a $2 billion tuna-bond scandal that spawned an economic crisis and led to the convictions in the US of former bankers at Credit Suisse Group AG.

Judge Efigênio Baptista sentenced Ndambi Guebuza and two ex-intelligence directors to 12 years in prison for their roles in the scandal.

“These people are able to live well — them and their children — but they preferred to use money from Mozambicans, that many need, for futile purposes,” Baptista said as he read a 1,388-page judgment that’s taken seven days to deliver. “Just look at what Mr. Ndambi bought with money embezzled from the Mozambican state: vehicles to offer friends. And this will take generations to restore the damage they’ve caused.”

The ruling — announced inside a white canvas tent on the grounds of a maximum security prison near the capital, Maputo — ends a trial that lasted almost 70 days spread over a period of more than six months. The judgment may impact other ongoing cases spanning London to New York that remain unresolved.

The US and Mozambique are fighting to have Manuel Chang, the southeast African nation’s former finance minister, extradited from South Africa for his alleged role in the debt scandal. This month marks four years that he’s been held at a jail outside Johannesburg waiting for a decision on where he’ll stand trial.

The scandal dates back to 2013 and 2014, when the government illegally guaranteed about $2 billion of loans that were to finance a tuna-fishing fleet and maritime security system.

About $1.2 billion of the debts were hidden from the International Monetary Fund and donors, who froze financing to the state in 2016 after the government admitted to the loans. That crashed the currency and prompted the government to restructure one of the loans, while an audit of the projects led to court cases in three continents.

The 19 defendants in the case had all denied wrongdoing.

Baptista said the evidence showed that 11 of the defendants were part of a coordinated effort to defraud the state, with Ndambi Guebuza receiving a $33 million payment to speed up approval of the project from his father Armando, who was president at the time.

The former leader testified in the trial and was present during parts of the ruling, supporting his son who wore a black hooded sweatshirt as Baptista sentenced him. Most of the accused wore bright orange prison uniforms.

The company that supplied the projects, Privinvest, has repeatedly denied wrongdoing. It’s also argued that if the money it paid people like Ndambi Guebuza were bribes, then so was a $1 million payment it made to Filipe Nyusi, the current president. Nyusi’s political party, Frelimo, has said he did nothing wrong.

A unit of Credit Suisse, which arranged the bulk of the financing, last year agreed to a $475 million settlement with US authorities, having pleaded guilty to a charge of conspiracy to commit wire fraud.

Mozambique, one of the world’s poorest nations, took on the debts soon after massive natural-gas deposits were discovered off its north coast, igniting exuberance around the riches they would bring. More than a decade later, only the smallest of three gas export projects expected to cost about $50 billion has started producing the fuel.