Netflix, the best-performing stock in the S&P 500 Index this year, set a fresh record with a gain of 3.4 per cent on Wednesday, while Comcast fell 1.8 per cent. That pushed Netflix’s market value to about US$149 billion, surpassing Comcast at US$147 billion.

It’s the second time this month that Netflix has dethroned Comcast in valuation, but the lead may have more sticking power this time. Shares of the video-streaming company have risen more than 5 per cent this week, which began with the announcement of a multiyear production deal with Barack and Michelle Obama.

Comcast and other cable providers have faced growing competition from streaming services like Netflix, which are attracting more customers by adding original programming. Comcast said last month that it lost 96,000 video subscribers in the first quarter, a bigger decline than analysts had expected. 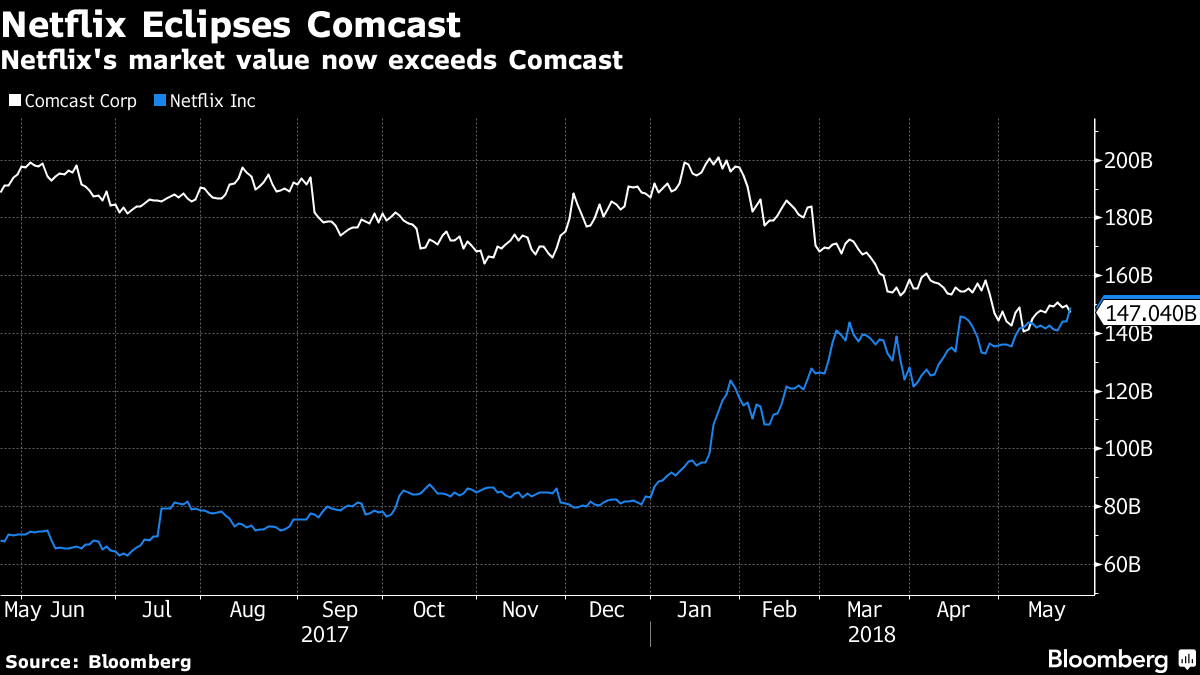