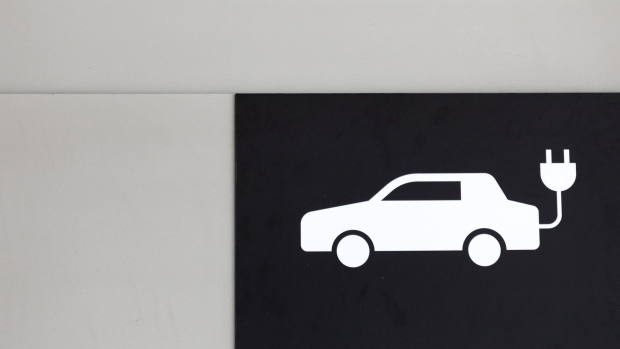 Bears are piling on to Nikola Corp. after the Securities and Exchange Commission was said to be examining the electric truck maker, but so far short sellers are powerless in steering where the stock will go next due to a lack of shares available to short.

While trading volume has been heavy as Nikola has denied accusations of fraud made by Hindenburg Research in a short report, only 1.3 million of 379 million shares outstanding were added to Nikola short exposure over the past week through Monday, according to analytics firm S3 Partners.

Rather, the recent swoon has been driven by bullish investors taking money off the table.

Nikola has been at the center of two hot trends -- blank check companies and electric vehicles -- drawing investor fanboys and short sellers alike. After emerging from a reverse merger with a special purpose acquisition company (SPAC), Nikola shares more than doubled only to later plunge after a forced warrant call and Hindenburg’s report claiming Nikola was an “intricate fraud.” 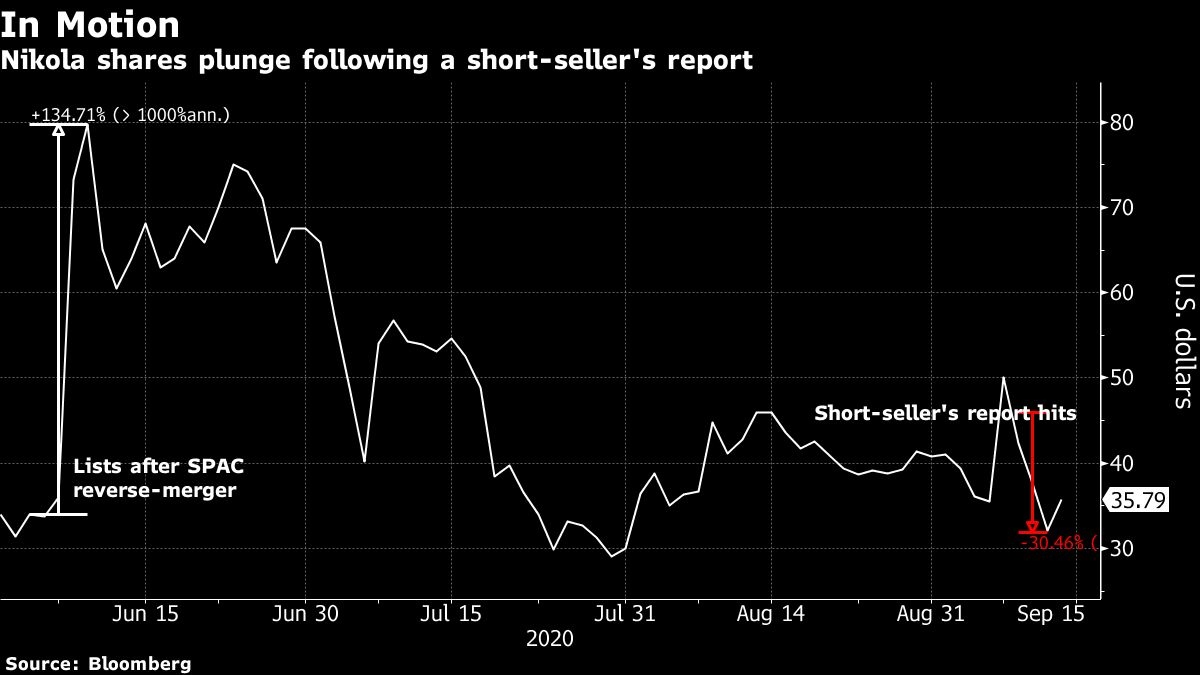 On Monday, the Securities and Exchange Commission was said to be taking a closer look. Shares fell as much as 10.4 per cent on Tuesday, but don’t blame the bears, S3 Managing Director Ihor Dusaniwsky said.

Short sellers are being shut out of trading so far Tuesday. “Some brokers are not approving new shorts this morning, because there’s no stock to borrow in size,” he said.

In the near term, short selling Nikola won’t drive price action “due to a severe lack of stock loan availability,” S3 said. That’s a function of non-insider shares predominantly held by retail investors who are not active lenders of stock to short.

Even if short sellers find shares to short, borrowing costs are high and eat into profits if current rates -- 25 per cent to 30 per cent -- climb much more. Fees were as high as 600 per cent-plus in early July.

“Until the music stops and the conga line of potential short sellers return to their seats, total shares shorted should remain constant,” Dusaniwsky said.