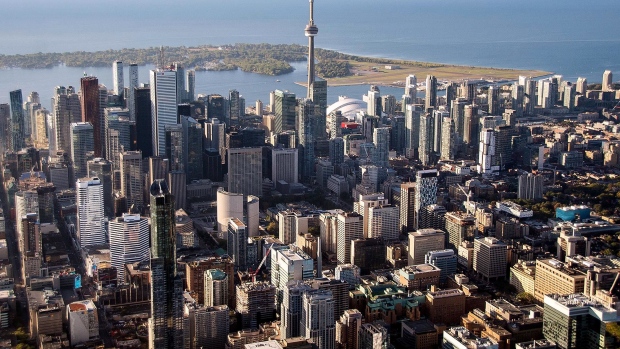 (Bloomberg) -- The Ontario Municipal Employees Retirement System said a claim by a former managing director that he was wrongfully dismissed is baseless.

Tim Patterson filed a lawsuit in Toronto in July, saying he and a colleague were dismissed from Omers in retaliation for not accepting changes to their compensation package. The former managing director claimed he was owed C$65 million ($51 million) after being fired, which Omers called “grossly exaggerated” in a statement of defense and counterclaim filed with the Superior Court of Justice in Ontario Wednesday. The Globe and Mail previously reported on the counterclaim.

Patterson’s suit said that in 2013, Omers created a new long-term incentive plan for him and other employees in its private equity unit, which allowed them to keep 10% of gains above an 8% annual hurdle rate.

That compares to a 20% sharing rate for workers at independent private equity firms Omers competes with, according to the claim. The pension fund then made numerous changes to make the plan less attractive and reduce the amount paid to staff, including introducing a lifetime cap on employee earnings and later lowering this cap, Patterson alleged in court documents.

Omers dismissed much of this, including the assertion that the plan was based upon an 8% return hurdle.

“At its heart, the plaintiff’s claim is about attempting to increase the size of his already significant ‘bonus’ entitlements and also to obtain additional bonus amounts for the period he is no longer working or contributing to value creation activities within Omers PE, all to the detriment of Omers 525,000 members,” the counterclaim said.