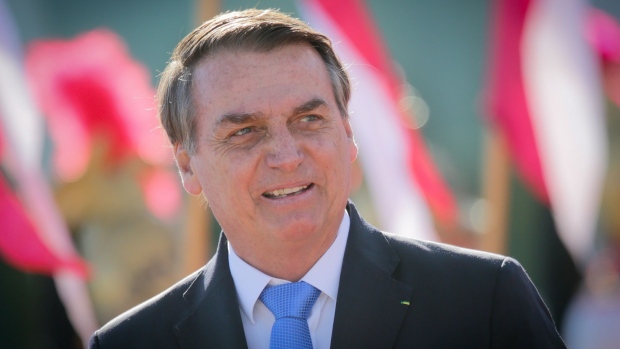 Brazil’s President Jair Bolsonaro minced no words to express his contempt for a Netflix documentary on the country’s recent political upheaval that was nominated for an Academy Award.

The film The Edge of Democracy, about the impeachment of former President Dilma Rousseff, is “fiction,” he told reporters outside the presidential residence in Brasilia on Tuesday. “Am I going to waste time with crap like that?”

Bolsonaro’s comments are the latest reaction to the film that has further divided Brazil’s polarized political landscape. Many on the country’s political left including former President Luiz Inacio Lula da Silva, who mentored Rousseff, celebrated its nomination for best documentary feature. Meanwhile, lawmakers who supported the impeachment process including the PSDB party said the film was “fiction and fantasy.”

Directed by Petra Costa, The Edge of Democracy gives a first-person account of Brazil politics under Lula and Rousseff. The backlash against Brazil’s ruling elite which contributed to Rousseff’s ouster in 2016 helped clear the way for Bolsonaro’s election two years later.