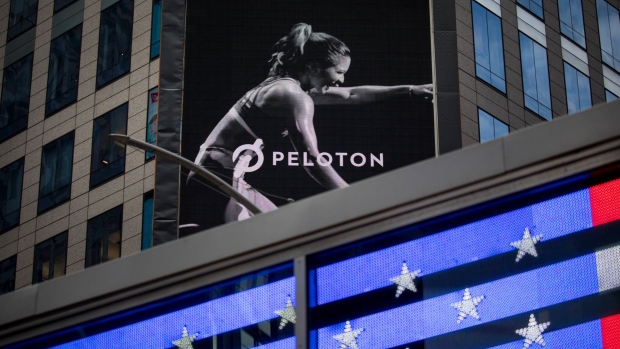 A monitor displays Peloton Interactive Inc. signage during the company's initial public offering (IPO) across from the Nasdaq MarketSite in New York, U.S., on Thursday, Sept. 26, 2019. Peloton fell as much as 9.5% Thursday after raising $1.16 billion in its U.S. initial public offering, becoming the latest unprofitable startup to fail win over investors in its trading debut. , Bloomberg

Peloton Interactive Inc. shares tumbled after a report said it lowered the price of its digital subscription app for workouts in an effort to appeal to more users.

A membership for the digital-only subscription now costs US$12.49 a month, compared with US$19.99 previously, Peloton said, confirming an earlier report in The Verge. Peloton, which makes a stationary exercise bike and treadmill with an affixed iPad-like device for following workout classes, didn’t change the US$39-a-month price for a subscription linked to its proprietary equipment. The company also launched new apps for Amazon’s Fire TV and the Apple Watch. Being able to stream workouts directly to a TV, combined with a lower cost for the subscription, may be enticing to new and existing users.

With the Fire TV app, people can follow along with digital classes streamed to a large screen, using their own gym equipment. In addition to its own hardware, Peloton offers a variety of classes, including boot camp-style workouts, meditation and yoga, through apps that don’t require pricey equipment. The TV app would make those activities easier to follow. The Apple Watch app will allow people to track their heart rate during workouts and monitor running pace and distance and is helpful for people who use the digital app to exercise, the Verge said.

The stock dropped 4.8 per cent, reversing earlier gains. It was the second day of stumbles for Peloton. On Tuesday the stock fell 9.1 per cent amid negative reaction to a holiday advertisement. 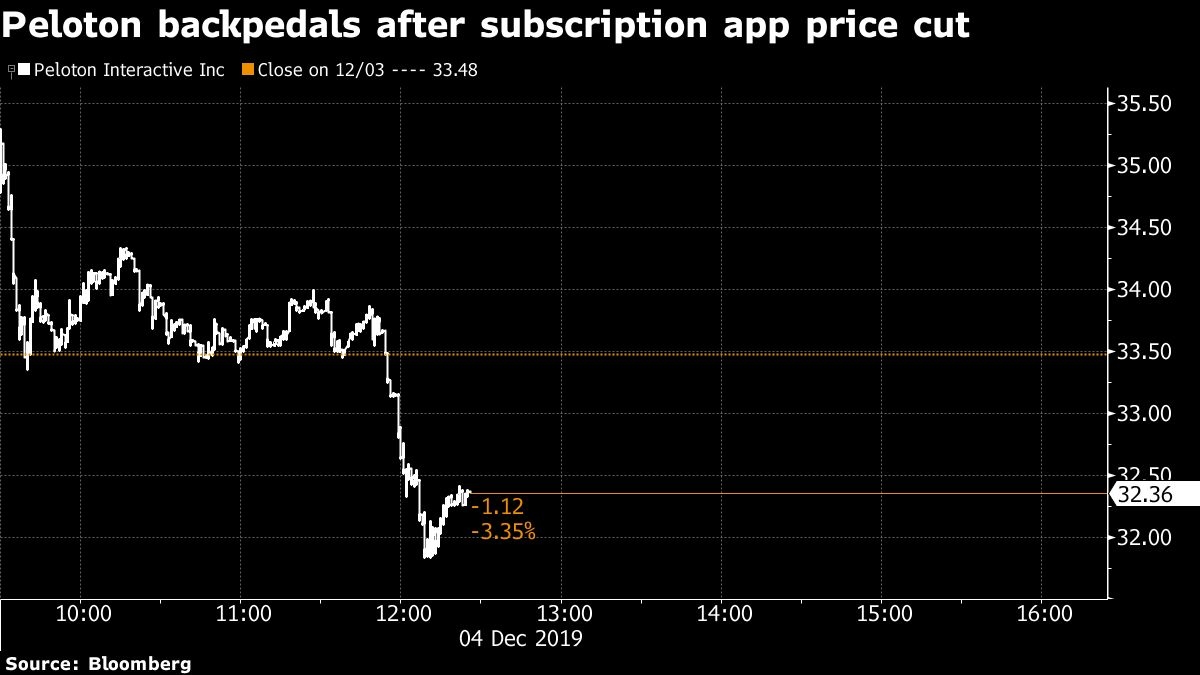