TD calls for housing market to bottom in 2023

Canada’s largest cities are getting bigger and more expensive, forcing hundreds of thousands of people to search for affordable housing elsewhere.

Toronto, the country’s biggest urban center, saw nearly 100,000 people leave the area, with 78 per cent choosing to settle in other parts of the province over a one-year period to July 1, according to Statistics Canada data released Wednesday. 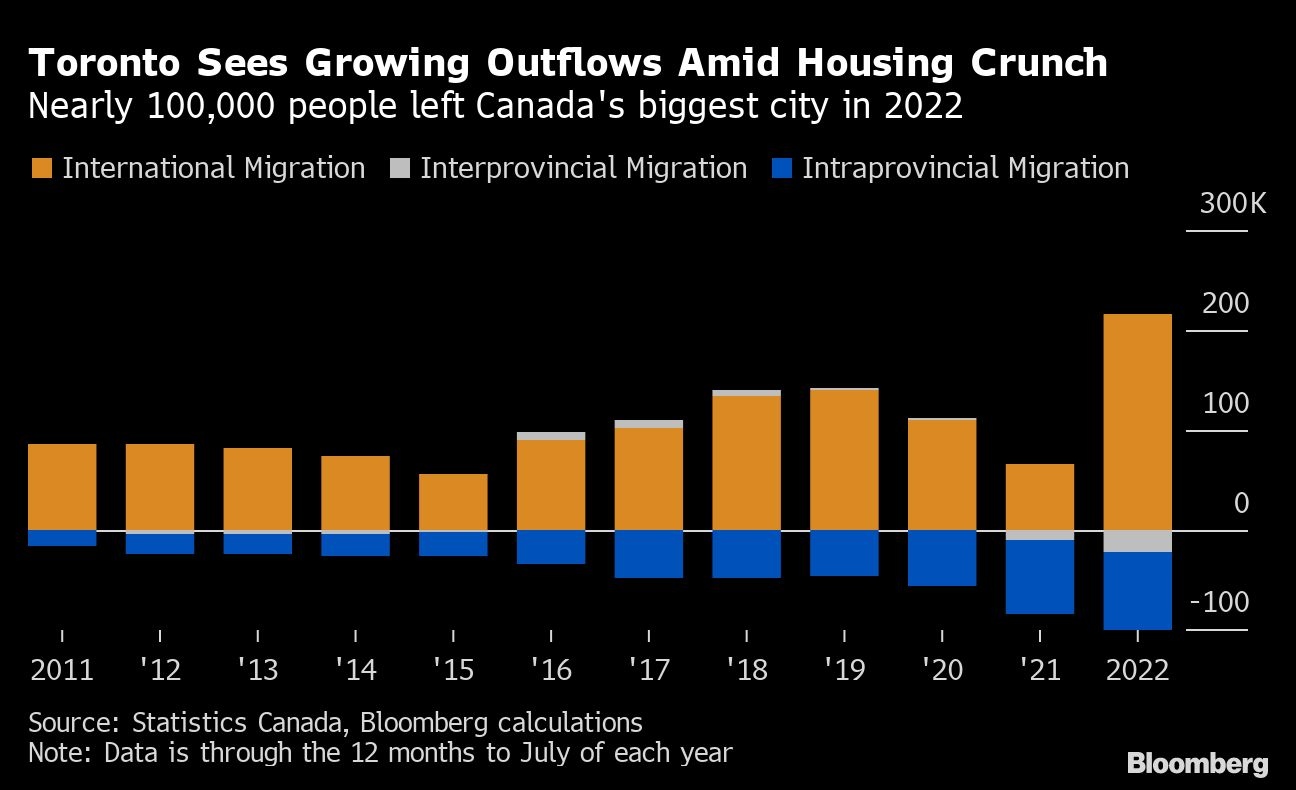 The data highlight the consequences of Prime Minister Justin Trudeau’s ambitious immigration policies that aim to bring in about half a million permanent residents each year — an amount larger than the size of Halifax, the biggest city in Atlantic Canada. Population growth in the major cities coincided with a period of peak housing prices in most regions.

The benchmark price of a home in Canada was $789,300 (US$587,360) in July of last year, up 43 per cent since the start of the Covid-19 pandemic, according to data from the Canadian Real Estate Association. House prices have since started to fall as the central bank increased borrowing costs, but affordability has also deteriorated alongside rising mortgage costs.

Despite the exodus from some of the largest cities, many of Canada’s more affordable large urban centers saw their population increase at the fastest annual pace since at least 2002, the statistics agency said. New permanent immigrants and net gains of non-permanent residents accounted for most of this rapid growth.

Overall, the country continues to urbanize, with 71.9 per cent of Canadians now living in one of its census metropolitan areas, up 0.1 percentage point from a year earlier. That means there’s more pressure on cities to build housing and infrastructure to accommodate rapid population growth.

Urban centers in Saskatchewan, Manitoba and Ontario lost more people to other provinces and territories, with urban centers in the Atlantic provinces, Alberta and British Columbia recording strong gains.

Moncton and Halifax, key Atlantic Canadian cities, saw the fastest population growth rates at 5.3 per cent and 4.4 per cent, respectively.