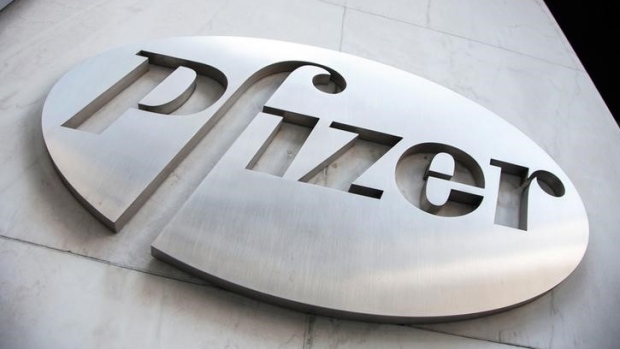 The Pfizer logo is seen at their world headquarters in New York, U.S. April 28, 2014. , REUTERS/Andrew Kelly

Pfizer Inc.’s US$48 billion gain in market value since late March, egged on by optimism for a successful Covid-19 vaccine, may soon hit a wall.

Among the top three developers, Pfizer may be first to reveal late-stage results from its trials of tens of thousands of people with partner BioNTech SE. And if history is any guide, the shares may eventually head lower no matter what the data show.

Goldman Sachs Group Inc. calls it the vaccine trade -- where daytrading generalist investors pile into stocks developing treatments and vaccines for the disease, then flee shortly after results or updates that appear to be good news. It happened to Gilead Sciences Inc. -- shares of the drugmaker fell back to earth as soon as its antiviral medicine for Covid-19 secured a regulatory nod in early May.

For Pfizer, the vaccine fueled run-up has gotten ahead of “the fundamental opportunity,” JPMorgan Chase & Co. analyst Chris Schott said in a research note. The bank’s clients were most bearish on Pfizer, he said.

The recently expanded late-stage study in 44,000 patients of Pfizer and BioNTech’s messenger-RNA vaccine may have data in coming weeks. Pfizer targets a regulatory filing on its shot in the U.S. as soon as October. Moderna Inc.’s late-stage data and AstraZeneca Plc’s efforts with the University of Oxford aren’t far behind. Astra’s trial in the U.K. has resumed after a pause of less than a week after a participant fell ill.

“Buying ahead of the data is quite risky,” said Adam Barker, an analyst with Shore Capital Group Ltd. “The next big data readouts will actually tell us whether the vaccine has worked or not,” he said. “If its efficacy is less than a 50 per cent reduction in risk, that’s not ideal,” he said, alluding to the Food and Drug Administration’s bar for approval.

On the day after data is released for major vaccine players, “the focus will shift to commercial execution,” said Mani Foroohar, an analyst at SVB Leerink, who recently gave Moderna it’s first bear call. “It’s a very different skill set of investing as opposed to trading,” he said in a phone interview.

Goldman Sachs analyst Asad Haider agreed, writing that “generalists seem focused on playing forward headlines on vaccine progress as feeding into the recovery/reopen trade.” On the other hand, “specialists continue to debate, among other things, the economics for all vaccine players with a generally negative bias,” according to a client note last month.

Stocks with Covid-19 medicine results typically outperform ahead of an update as well as the two days immediately after before fading and giving back advances in the following four days, according to Goldman’s historical analysis.

Options analysis imply a 12 per cent share move in either direction for Pfizer by November. For partner BioNTech, options suggest an even wider move -- in the 50 per cent range. American depository receipts of the German company have doubled this year, though the stock has fallen from a record in July on the heels of a stock offering.

“It’s truly a numbers game,” Yaron Werber, an analyst at Cowen & Co., said in a phone interview. Werber and a handful of other Wall Street analysts view the Pfizer and BioNTech vaccine as the most promising so far, though the advantages are based on surrogate measures of neutralizing antibody and immune-fighting T-cell levels that only offer suggestions of how effective the shots may be.

The timing of a vaccine has come under increasing scrutiny as the U.S. presidential election nears and President Donald Trump appears to be pressuring the Food and Drug Administration for a shot, despite assurances from the agency as well as some drugmakers that decisions will be based on science.

Market strategists have been optimistic. UBS Group AG sees more than a 50 per cent chance of a vaccine by the first half of 2021. “The equity market is pricing in less than that, particularly at the industry/stock level,” the bank’s strategists led by Keith Parker wrote. “This implies the balance of risks is tilted to the upside.” 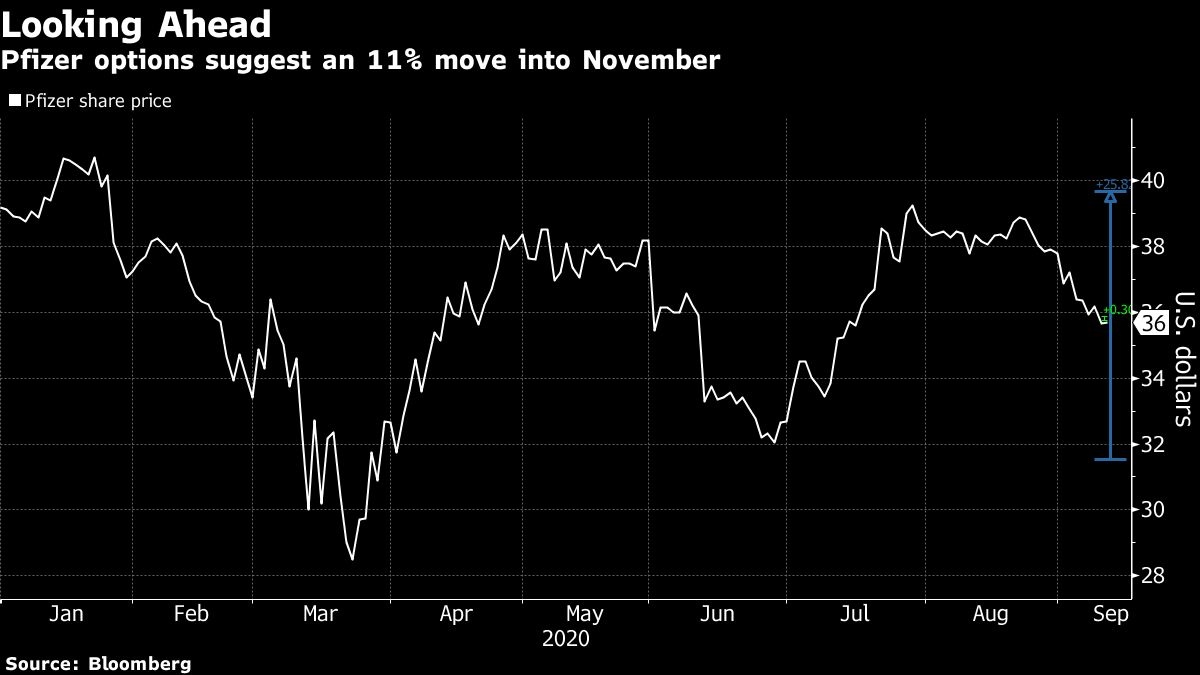 There’s a difference between the impact for the market and for individual companies, according to Daniel Mahony, a health-care fund manager at Polar Capital LLP in London. If Pfizer announces data that suggest something meets the FDA’s gating criteria of at least 50 per cent effectiveness, markets may get a “slight relief that actually we might be getting a tool that can help governments get this under control,” he said.

Still, promising signs from earlier vaccine studies don’t “necessarily mean that’s going to work,” he said. “We just have to wait for the data.”