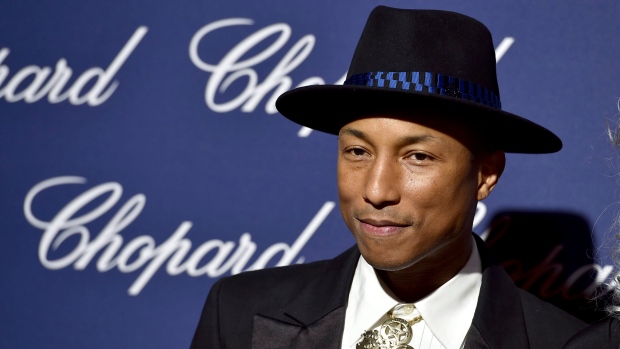 The music producer and fashion mogul is making a foray into residential development by partnering with two local firms to help design a dual-tower condo project in Canada’s most populous city, according to a statement Tuesday. The 750-unit project, dubbed “untitled,” will start sales early next year.

“From music to fashion and footwear, some design, working with amazing visual artists, now we’re talking about physical structures,” Williams said in a separate statement. “I’m going into the realm that I’ve never gone into before, on a commercial level.”

Toronto’s housing market has been on the rise in the past few months after adjusting to a series of taxes and regulations in the past two years. The October benchmark price of a home, which accounts for differences in the type of properties sold, rose 5.8% from last year to $810,900 and is only about $4,300 off the record set in 2017.

Reserve Properties and Westdale Properties are developing the towers, which will be connected at the intersection of Redpath Avenue and Broadway Avenue in midtown Toronto. Commonly known as Yonge and Eglinton, the area has seen rapid development in the past few years. RioCan REIT has invested heavily in the neighborhood, developing large projects that mix condos, rentals, offices and retail.