First-time homebuyer incentive won't be of much help in Toronto and Vancouver: RBC

The Toronto housing market continued to rebound in September, with prices rising the most in 21 months, bringing the cost of a typical home close to the record high set in 2017.

The benchmark price across all types of homes rose 5.2 per cent from a year earlier to $805,500, the highest annual rate of growth since December 2017. That’s about $10,000 short of the record set more than two years ago when soaring prices prompted a series of government policy changes to cool the market. Prices were driven higher by a decline in supply, with active listings down 14 per cent to 17,254. 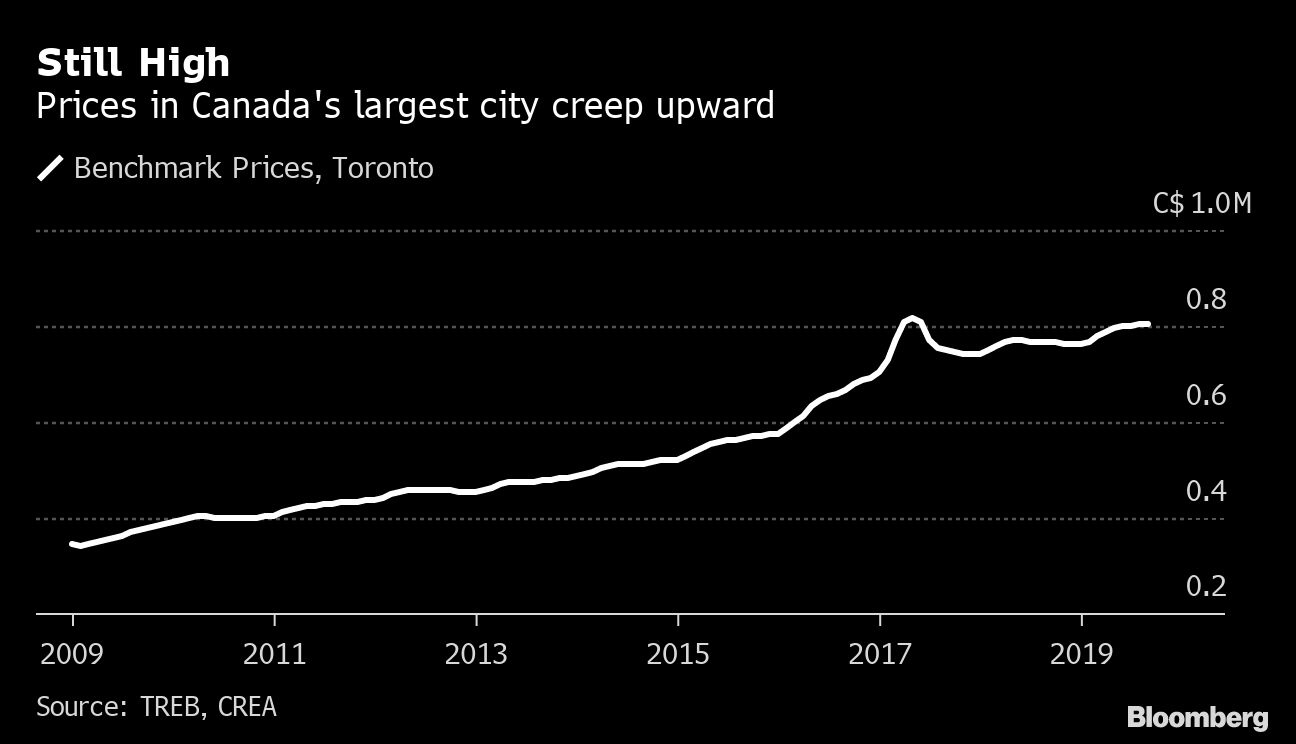 Sales in the Toronto region jumped 22 per cent to 7,825 units from the same period last year, the Toronto Real Estate Board said Thursday. All housing segments saw double-digit gains, led by a 29 per cent sales jump for detached homes. Sales were well below the record set in September 2016 of more than 9,800, and on a seasonally-adjusted basis, sales fell 0.3 per cent from August.

Demand for homes in Canada’s biggest city continues to grow amid lower interest rates and a crunch in supply thanks to strong immigration flows. Buyers have also adjusted to stricter mortgage-lending rules put in place to cool the market. Sales in Vancouver rebounded 46 per cent last month after a policy-driven slump, though prices continue to dip.