Vancouver home sales rebounded 46 per cent in September in a sign that Canada’s most expensive home market may be finding its feet following a policy-driven downturn.

It was the third consecutive month that the number of properties sold was up from the same period last year. Prices, however, continue to slip: the benchmark home price fell 7.3 per cent in September compared with the same month last year, according to the Real Estate Board of Greater Vancouver.

Vancouver, once one of the world’s hottest real estate markets, has been reeling under a slew of government policies introduced since 2016 to tame years of relentless growth that made the city the most unaffordable on the continent.

Both the Liberal and Conservative parties are promising to make home buying more affordable in the current federal election campaign. Prime Minister Justin Trudeau is pledging to boost the cap on homes eligible for a 10 per cent government-equity stake to almost $800,000 in costly markets like Vancouver and Toronto while the Conservatives plan to extend mortgage amortizations and ease qualifications. 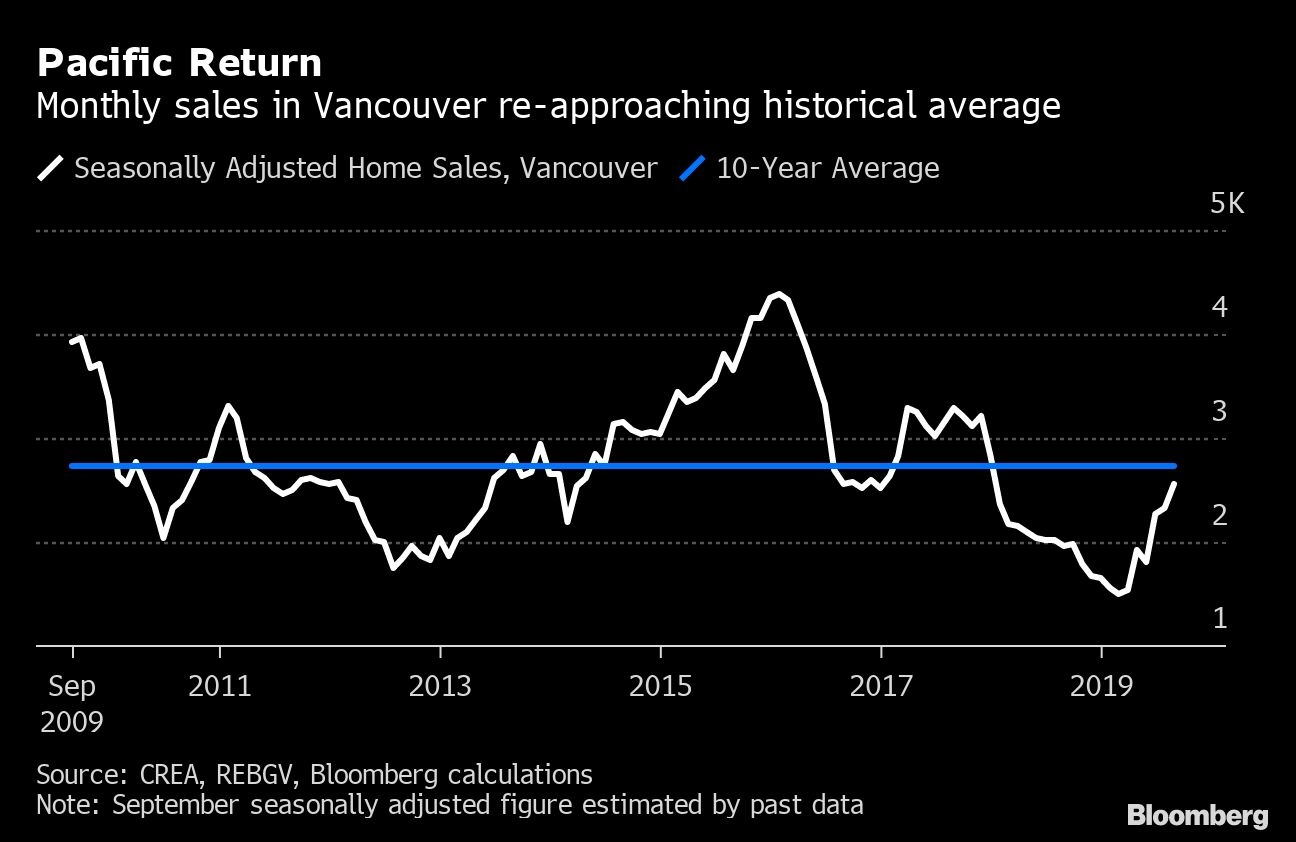 The International Monetary Fund said in a blog post Wednesday that policies designed to help buyers enter the housing market by allowing them to borrow more tend to ultimately boost property prices and fail to improve affordability.

“Well-meaning policies that aim to improve housing affordability by increasing households’ capacity to borrow may unintentionally raise house prices—ultimately resulting in homebuyers having to borrow more and leading to higher household debt,” it said. “Why? Because housing supply is fixed in the short term.”