Kim Rivers, chief executive officer of Trulieve Cannabis Corp., felt like she was about to live one of those nightmares where you throw a party and no one shows up.

It was Oct. 1, “one of those all-red days” for cannabis stocks and Trulieve was holding a grand opening for a new dispensary in Destin, a small city in the Florida Panhandle.

“I thought, ‘There’s going to be like five people here, no one’s going to show up,”’ Rivers said. “But I pulled up and it was packed, standing room only, 100 people literally in line waiting for us to open.”

She had a call right afterward with a “depressed” banker and offered to FaceTime with him so he could see the crowd.

“I really believe there’s a disconnect between what’s happening in the markets and what folks are seeing in their businesses,” Rivers said during an interview this week in New York.

While cannabis stocks are down by 60 per cent or more from their highs in March, Trulieve itself has managed to buck the trend. The Florida-focused pot company is up 60 per cent since the day of the Destin opening, and is considered by analysts to be one of the best operators in the sector. 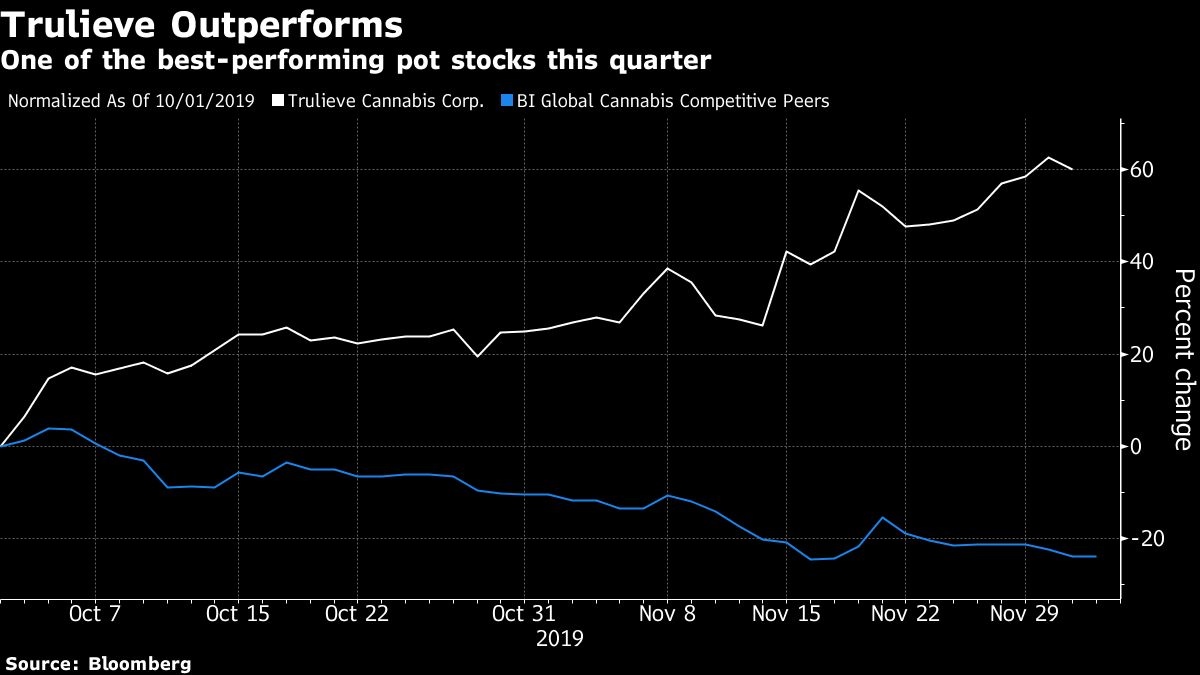 Unlike many of its U.S. peers, which have broad exposure to several states, Trulieve has depth in the fast-growing Florida medical market with about 40 dispensaries and nearly twice as many delivery vehicles, according to Rivers.

She is a Sunshine State native who received her undergraduate degree from Florida State University and her law degree from University of Florida. Rivers is a self described “recovering lawyer” who specialized in M&A and did some work in the hospitality sector before switching to cannabis. She spent six months traveling the country to understand the industry before deciding to dive in. Trulieve received its medical marijuana license in 2015.

With its diverse demographics, Florida is a microcosm of the U.S. as a whole, which gives Trulieve an advantage as it moves into other markets like Massachusetts and Connecticut, she said.

“It’s nice to finally have folks understand our business thesis,” Rivers said with a laugh. “Our ability to raise capital is the external result, which sets us up incredibly well as we look at opportunities both internally in our current markets and as we look elsewhere.”

Trulieve has completed two public debt deals, with the second one raising about US$61 million in gross proceeds, and has also used sale-leaseback deals to raise additional money at a time when capital markets are closed to many operators.

The new notes, which pay 9.75 per cent interest and mature in 2024, give Trulieve the option to begin redeeming them as early as June 2021. This gives the company the flexibility to consider alternatives if Congress passes the Secure and Fair Enforcement Banking Act and new financing options become available, Rivers said.

“We’re strategically looking at all the options available and trying to pick and choose what makes sense given the landscape,” she said.