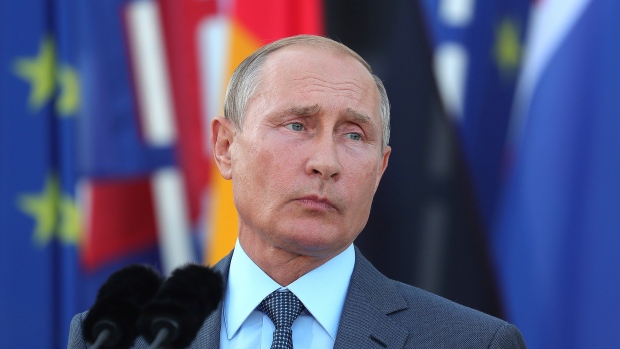 President Vladimir Putin said he discussed the price of oil with U.S. counterpart Donald Trump when they met in Paris briefly on Sunday, adding that Russia is happy with current prices.

Putin was more upbeat on the current market situation than his colleagues in OPEC, saying “where it is now, where it was recently, anything around US$70 suits us completely.” He wouldn’t commit to cutting output to help support prices, as some OPEC members have urged, earning them criticism from Trump. Russia aims to continue cooperation with OPEC to stabilize the oil market, with existing efforts having shown “positive results,” Putin said.

The Russian president said he hopes to make progress on restoring relations with the U.S. when he meets Trump at the end of this month on the sidelines of the Group of 20 summit in Argentina.

“Of course we need dialog at the highest level,” Putin told reporters in Singapore on Thursday. “We’re ready to restore full-scale cooperation to the extent that our American partners are.” Putin named strategic stability and arms control as important areas where the two countries can work together.

The price of benchmark Brent crude oil slipped below US$70 earlier this week for the first time in more than a month amid fears of a new oversupply driven by record U.S. production and milder than expected sanctions against crude producer Iran. While the Organization of Petroleum Exporting Countries has indicated it looks to return to production cuts, Russia has not joined the verbal interventions, adopting a “wait and see” approach at an Abu-Dhabi meeting with its allies this week. Trump further dampened the effects of OPEC’s verbal interventions in his tweet urging Saudi Arabia to keep pumping crude.

--With assistance from Dina Khrennikova and Olga Tanas 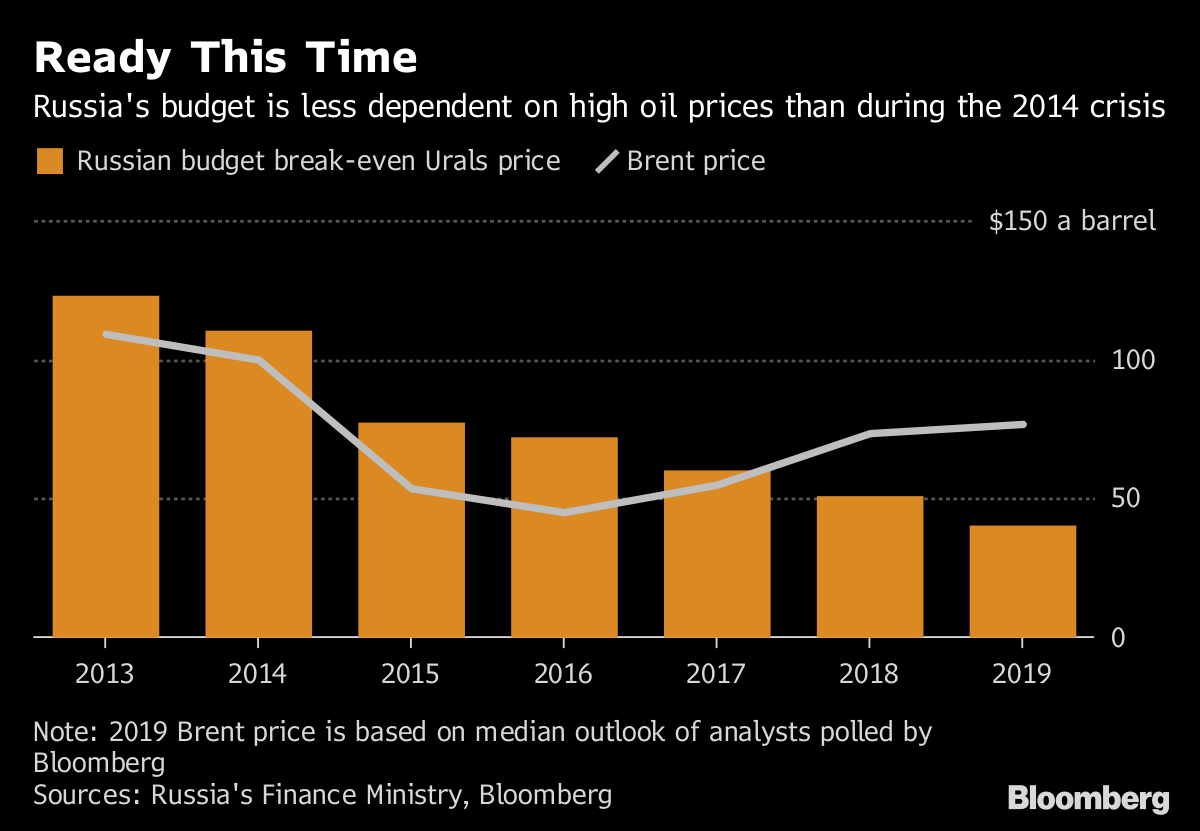