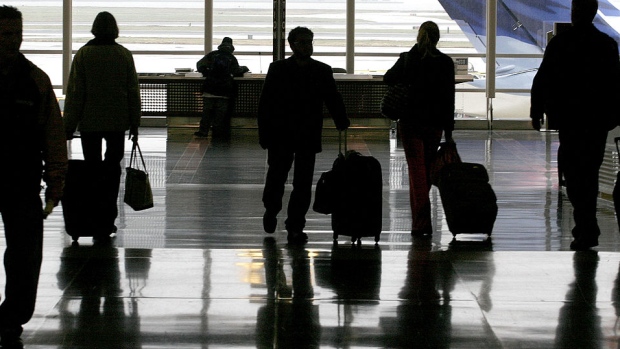 In traveling to almost 100 countries over 35 years, I have acquired a few ways to think about assessing the level of risk. I should note that not all of you may wish to be so adventurous, and that women may face some special risks, even in ostensibly safe locales.

First, I don’t pay much attention to the U.S. State Department’s public travel advisories, as they are often out of date and the bureaucracy is slow to adjust. Ten years ago I traveled to Bogota, Colombia, and felt the risk level was entirely acceptable. The State Department’s hysterical warnings, however, had not been revised from when terrorist bombings in the city were common. Currently there is a warning about Turkey, but I wouldn’t hesitate to visit most parts of the country.

When trying to think through the level of danger, I start by considering my modes of transportation. Dying on the road is not uncommon, even in the U.S., and many countries offer even less safe driving environments. One trip I would not repeat is taking a hired car through rural India, near the Coromandel coast. It was a harrowing experience, with my car recklessly passing others at high speeds, including around blind curves and turns. The actual surrounding area, however, seemed safe, at least for men.

As I’ve grown older, I have become more cautious. That has meant more time walking, especially in cities, and less time in moving vehicles. This has allowed me to continue my travels to countries that are considered relatively dangerous. In the next year or two, I hope to make my sixth trip to Port-Au-Prince, Haiti, and I’ll probably stay in the city confines.

As I write this, I am sitting in the Grand Canyon Lodge at the northern rim of the Canyon. The surroundings are idyllic, but it took me a five-hour drive to get here. I’m still wondering if this was a reckless trip.

Over the last few decades, initially as part of my research for a book, I have made 20 or so visits to rural Guerrero, in Mexico, near drug gang territory, and they have all passed without incident. Still, I get very nervous when I am in a “collectivo” on a mountain road and the driver appears to be no more than 15 years old and is fond of loud music and beer.

I think much of Africa is safer than many people expect. Rwanda, Ghana, Senegal, Cape Verde and Tanzania can be quite safe, based on recent visits, often feeling more secure to me than, say, Paris. I’ve walked around Lagos, Nigeria, alone in the dark as late as 10 p.m., and that wasn’t as crazy as it might sound. I know a female economist who has done months of fieldwork in the Democratic Republic of the Congo without serious trouble.

By no means is all of Africa safe to visit, and emerging economies can be especially dangerous in periods leading up to major elections. But it is a mistake to think of Africa as an unmanageable continent beset by frequent random violence.

Which leads me to a general principle: Because news headlines tend to focus on violence and danger, they are not always the best source of information about what it is actually like in any given place.

A friend of mine, the travel writer Juan Pablo Villarino, has hitchhiked extensively through Iraq, Afghanistan, and other “Axis of Evil” countries, all without significant problems. And while it is certainly the case that ethnic strife in Ethiopia is quite real, and justifiably attracts a lot of coverage, it is unlikely to affect your safety in Addis Ababa or at the major tourist sites. Mexico is, statistically speaking, among the world’s most dangerous countries, due to the drug cartels and gangs. Yet in the state of Yucatan, the murder rate is 0.2 per 100,000 inhabitants, safer than most U.S. cities.

Which leads me to my final point — and maybe you won’t find my wording reassuring: Most incidents don’t kill you or cripple you. My very worst travel experience was in Rio de Janeiro, during a cab ride back from Corcovado, the location of the famed Christ statue (a major tourist site, of course, so this was hardly my bravest outing). As we descended the mountain, we were caught in a shootout between a drug gang and the police. The police were outgunned but no one was killed; I think the bad guys were shooting to intimidate, not to kill. Still, the crossfire was truly frightening. Thankfully I am here to tell you about it.

My next trip is to Karachi, Pakistan, and I’ve gotten wildly varying advice from informed, sophisticated travelers, ranging from “You’ll be fine” to “Don’t even step onto the sidewalk.” This is not the first time I’ve received conflicting reports before my departure, and I have always managed to survive — thrive, even — during my travels. If this time proves the exception, perhaps my editors will see fit to issue a correction to this column.

To contact the author of this story: Tyler Cowen at tcowen2@bloomberg.net

Tyler Cowen is a Bloomberg Opinion columnist. He is a professor of economics at George Mason University and writes for the blog Marginal Revolution. His books include "Big Business: A Love Letter to an American Anti-Hero."