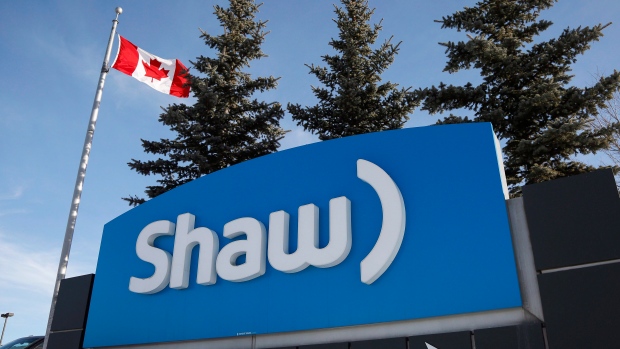 TORONTO -- A growing number of telecom companies are pushing back against the CRTC's decision to lower the rates they can charge smaller internet providers to use their networks.

"In time, this decision will be seen as short-sighted, and have negative far-reaching consequences for consumers and for the future investment required to build network capacity in all parts of Canada," said company CEO Brad Shaw in a statement.

Eastlink Inc. executive vice chair Lee Bragg said in a statement that the new rates cover only a third of its cost to deliver service and will impact its business in significant ways.

"We have consistently expressed concerns since the interim rates were set in 2016 about the impact that below cost rates have on our ability to expand into new communities and to continue to deliver a robust and sustainable internet service."

Quebecor (QBR/B:CT) subsidiary Videotron also weighed in, expressing concern about the potential economic impacts from any delays in infrastructure investments.

Last week, the CRTC issued final rates that smaller providers like TekSavvy and Distributel have to pay the large telcos to use their broadband network after issuing interim rates in 2016.

The regulator said it set the rates lower to increase choice at lower prices and ensure a competitive marketplace across Canada.

Bell Canada (BCE:CT) said on Monday it would cut back on a rural broadband expansion because of the decision, while Rogers Communications (RCI/B:CT) and Cogeco Communications expressed disappointment and said they were reviewing their options. Telus Communications declined to comment.

The federal government has promised to connect all households to broadband by the end of the next decade through $6 billion in planned spending. About 37 per cent of rural households have internet connections that meet the 50 megabytes per second threshold needed to be considered broadband, compared to about 97 per cent of urban homes.

Navdeep Bains, federal minister of innovation, science, and economic development, said in a statement earlier this week that he was "deeply disappointed" in Bell's decision to cut 200,000 homes from a wireless broadband rollout, but that he expects broadband infrastructure will continue to expand.

"This will not distract from our government's commitment to connect every Canadian to affordable high-speed internet by 2030, and I am confident new competitors will step up to make these investments."

Byron Holland, president of the Canadian Internet Registration Authority, said in a statement he was disappointed companies like Bell were shying away from competition.

"Companies like Bell have benefited from decades' worth of public subsidies and protections from competition, and now they're threatening to abandon rural Canadians because the CRTC is forcing them to compete."

The CRTC decision validated arguments by smaller players that the wholesale-based providers had been overcharging, said Andy Kaplan-Myrth, TekSavvy's vice president of regulatory and carrier affairs in a statement.

"For years, incumbent carriers inflated their wholesale rates and, as a result, TekSavvy and other competitive Internet service providers struggled to compete. TekSavvy has been ringing alarm bells about this for years."

Rogers said the retroactive rate change will cost it $140 million. Bell put its cost at $100 million, Videotron at $50 million, Cogego at $25 million, and Shaw at $10 million. Eastlink didn't put a dollar figure on its expected cost.

Videotron is a subsidiary of Quebecor Inc, which had a net income of $140 million in the last quarter.

The CRTC declared broadband internet a basic service in Canada in 2016, recognizing it as a fundamental part of Canada's future economic prosperity and global competitiveness.