Canada's lagging vaccine rollout means we will start recovering after the U.S. and U.K.: Economist

Canada’s economy will start 2021 with a short-lived contraction, but that’s not expected to derail the nation’s recovery over the next couple of years.

That’s the takeaway from Bloomberg’s monthly survey of economists, which predicts the nation’s gross domestic product will shrink by 0.8 per cent on an annualized basis in the first quarter amid a second wave of COVID-19 and new lockdowns. That’s a downward revision from last month’s estimates for a 2.3 per cent gain for the three-month period.

Still, the economists expect Canada’s economy will make up for a sluggish start to 2021 with a stronger recovery over the rest of the year. Growth is seen averaging 4.4 per cent over the year, little changed from last month’s survey. The analysts also raised forecasts for 2022 growth to 4 per cent. 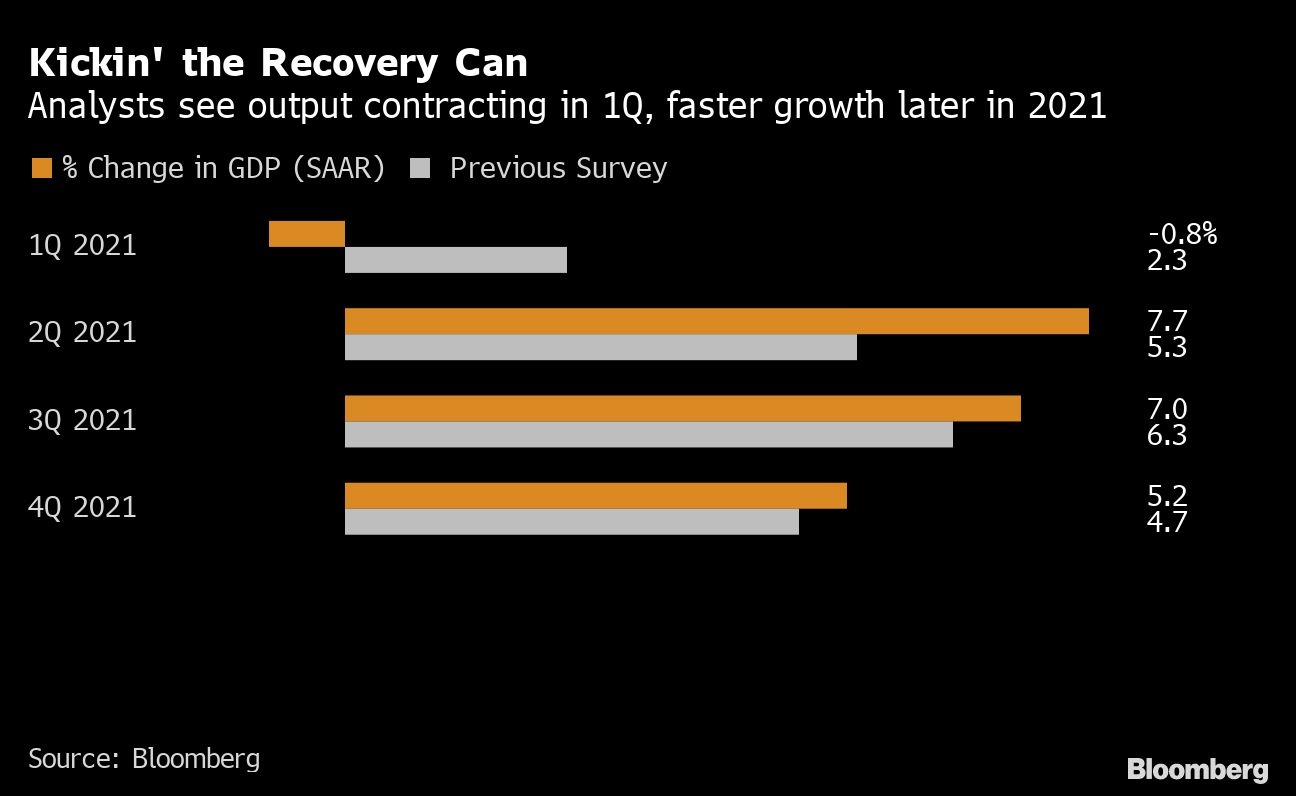 The predictions are consistent with a positive outlook for global growth amid optimism the mass rollout of vaccines will allow businesses to reopen. The U.S. economy is also expected to contract in the first quarter, before rebounding later this year.

The recovery, however, won’t push the Bank of Canada to raise its policy interest rate for another two years. The central bank will wait until the second quarter of 2023 before lifting its overnight rate to 0.5 per cent from 0.25 per cent currently, according to the survey.

Policy makers led by Governor Tiff Macklem release their next decision Wednesday. No move is expected, but the central bank will update its economic forecasts for the first time since October and Macklem will hold a news conference in Ottawa.