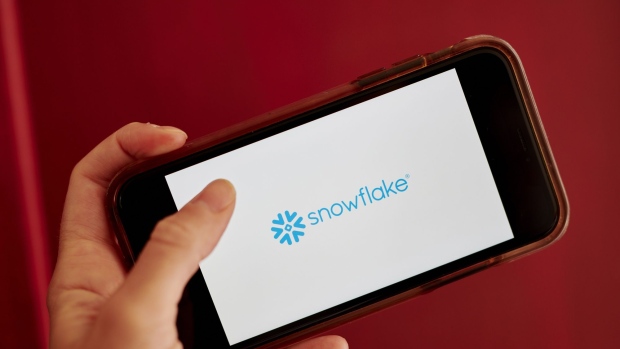 Snowflake Inc. signage is displayed on a smartphone in an arranged photograph taken in the Brooklyn borough of New York, U.S., on Wednesday, Sept. 16, 2020. Snowflake Inc. soared in a euphoric stock-market debut that transformed the eight-year-old software company into business valued at about $72 billion. Photographer: Gabby Jones/Bloomberg , Bloomberg

Shares in Snowflake Inc., which have doubled since their initial public offering last week, are “at risk of a violent selloff,” according to Summit Insights, which started coverage of the software firm with a sell rating.

Analyst Srini Nandury set a price target of US$175, implying 27 per cent downside from Friday’s close, citing competition and the stock’s expensive valuation. The initiation is the first among firms tracked by Bloomberg since shares started trading last week. The stock fell as much as 7 per cent in U.S. trading on Monday before paring losses to trade 2.8 per cent lower as of 10:03 a.m. New York time.

Snowflake is the most expensive name in all tech, Nandury wrote in a note, and the firm has “limited” differentiation compared with other data warehouses while also competing with traditional legacy vendors.

“For the stock to work from the current levels, Snowflake needs to execute flawlessly quarter after quarter, and have to live up to lofty expectations and grow into its valuation,” Nandury said. “While Snowflake’s management is stellar and is known for its execution, the odds of Snowflake’s stock faltering are high.”

The shares have roughly doubled since going public in New York on Sept. 16, taking Snowflake’s market value to US$66.2 billion, above that of companies such as Dell Technologies Inc. The surge reflects investor appetite for stocks exposed to cloud technology, and has been accompanied by IPOs for fellow cloud firms Sumo Logic Inc. and JFrog Ltd. 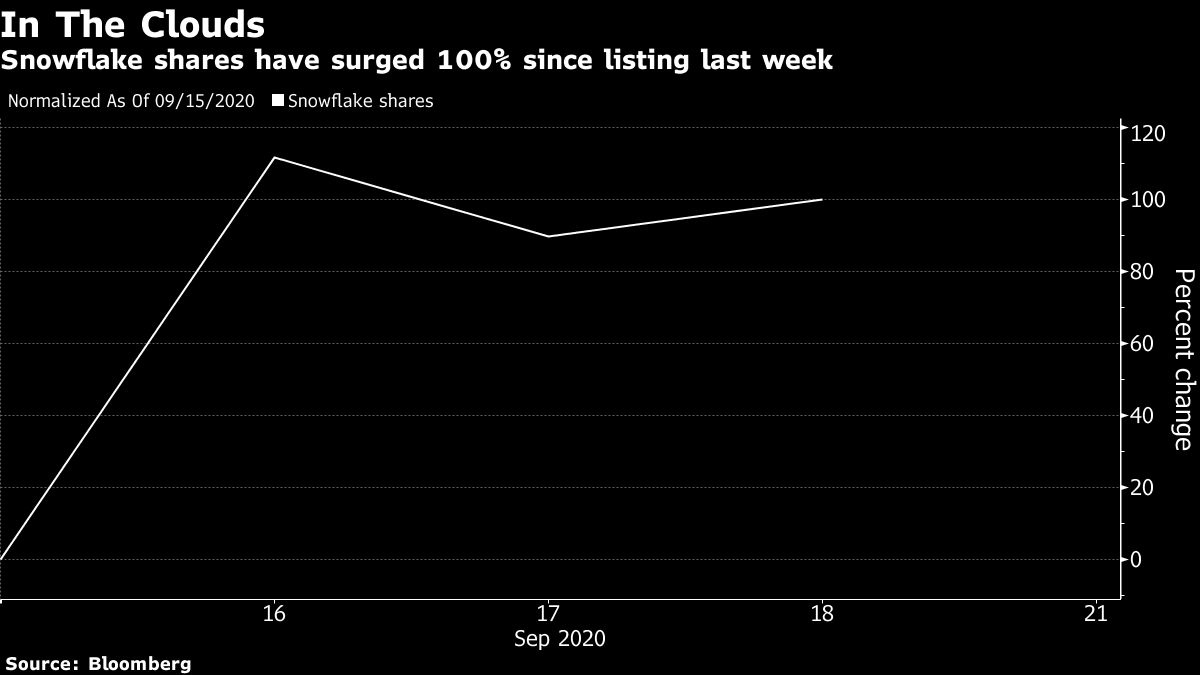