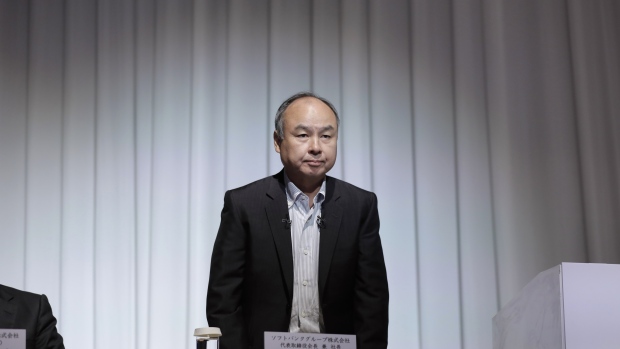 Son was one of four speakers on a panel on how investors and entrepreneurs can advance the movement toward deep tech. Yet, the Japanese billionaire spoke briefly -- mainly about artificial intelligence and entrepreneurship -- and didn’t mention anything about Saudi Arabia’s commitment to his second US$100 billion Vision Fund.

And, unlike Tuesday, when people were turned away from the main hall because it was packed, there were mostly empty chairs as attendees headed for lunch or huddled in meetings.

Son’s poorly attended panel underscores to some extent the diminished appeal of his Vision Fund idea, which less than two years ago emerged as one of the kingdom’s boldest and certainly most expensive bets to help diversify its economy. As the Vision Fund copes with the controversy around co-working company WeWork, prime backers Saudi Arabia and the United Arab Emirates remain undecided as to whether to invest in Vision Fund 2.

The contrast with Son’s previous appearance two years ago at the Future Investment Initiative, Saudi Arabia’s flagship investment conference, is striking. Then, Son was all smiles as he sat on a panel with the kingdom’s powerful Crown Prince Mohammed bin Salman and made a commitment to participate in the country’s US$500 billion futuristic city, known as Neom.

That pledge came just one month after the Japanese firm signed an agreement to buy a "significant" stake in state-controlled Saudi Electricity Co. There’s been no update on the deal since.

SoftBank’s Vision Fund has a US$45 billion commitment from Saudi Arabia’s Public Investment Fund. Son skipped last year’s summit, which was held in the shadow of the killing of columnist Jamal Khashoggi, but he met with the crown prince just before the event.