Spotify should stay in their own lane rather than follow in Netflix's footsteps: Garrity

Spotify Technology SA on Tuesday completed the largest-ever direct listing, valuing the world's leading streaming music service at as much as US$30 billion, but its shares stalled after an early spike.

Smooth early trading dispelled market worries that Spotify’s New York Stock Exchange debut might be marred by volatility, given the company's choice to ditch Wall Street underwriters and other safeguards of a traditional initial public offering.

Its shares (SPOT.N) opened at US$165.90, up nearly 26 per cent from a reference price of US$132 a share set by the NYSE late on Monday, but later pared gains to trade at US$149.30, as some investors expressed concerns about the company's costs and the difficulty of competing against Apple (AAPL.O).

The size of the Stockholm-founded company's market debut puts it on a par with Snap Inc, which went public last year, and was smaller than only Facebook Inc (FB.O) and Alibaba Group Holding Ltd (BABA.N) among recent tech stock listings.

Since launching its service a decade ago, Spotify has overcome resistance from big record labels and some major music artists to transform how the industry makes money.

It now has 71 million so-called premium subscribers, including users who have given the company a credit card number for a free trial. On a comparable basis, Apple Inc has 46 million subscribers for its competing Apple Music service.

"Investors are right to have some reservations. Spotify is hemorrhaging from the costs of licensing content," said Michael Carvin, chief executive of personal finance technology firm SmartAsset. "Even though Spotify’s scale is about twice that of Apple Music, Apple has a huge ecosystem of products to market to."

With shares trading at their current level, Spotify has an enterprise value - which takes into account cash and debt on the balance sheet - of about five times its 2017 revenue of US$5 billion.

That represents a premium to smaller rival Pandora Media Inc (P.N) with an enterprise value to sales ratio of one. It is about half the comparable ratio of Netflix Inc (NFLX.O) and Dropbox Inc (DBX.O).

Some 27 million shares had changed hands by late afternoon. Nearly 91 per cent of Spotify's 178 million shares were tradable, a much higher per centage than typical in a traditional IPO.

The direct listing was a test case for other companies tempted to list without selling new shares, and for bankers that could lose out on millions of dollars in future underwriting fees.

"It's a fair market price. It's not manipulated or set by any puts and takes by banks or institutional investors," said Chi-Hua Chien, an early investor in Spotify who is now at San Mateo, California-based Goodwater Capital

But some market-watchers pointed to the mixed performance of recent tech IPOs as reason to not read too much into the first day of trading, especially given an increasingly competitive music streaming landscape.

Analysts had worried ahead of Spotify's direct listing that forgoing hiring investment banks as underwriters or holding traditional promotional events with institutional investors could mean volatility once formal trading kicked off.

The NYSE set Spotify's reference price late on Monday to be in line with informal trading, giving an early estimate of the level at which supply and demand could be balanced.

The opening public price was determined by buy and sell orders collected by the NYSE from broker-dealers and a designated market maker's determination of where buy orders could be matched with sell orders.

While Chief Executive Daniel Ek skipped NYSE rituals such as opening bell-ringing and trading floor interviews to tout the stock, the front of the 115-year-old Greek Revival exchange building was draped in a vast green-and-black Spotify banner. 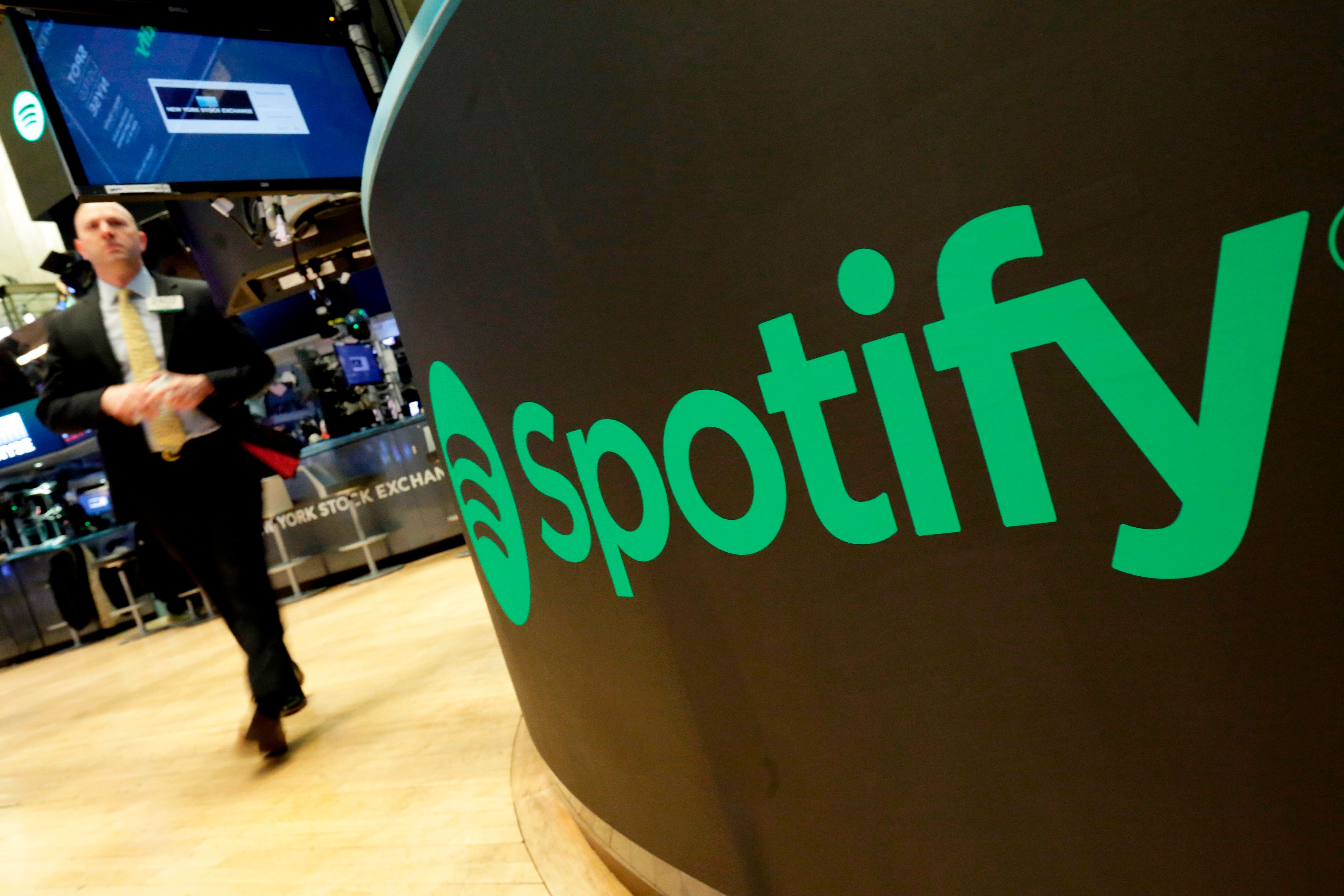 Are you tempted to invest in Spotify as it makes its market debut?