Historically, there is no correlation between first and second half S&P 500 performance: Anu Ganti

US equity-index futures and European bonds fell as investors worried about the twin threats of dwindling economic growth and stubborn inflation.

Contracts on the S&P 500 and Nasdaq 100 dropped at least 0.3 per cent each after the underlying indexes capped their 11th decline in 13 weeks. European stocks rose for the first time in four days as dip-buyers emerged. The dollar erased its losses. Italian bonds tumbled with investors watching domestic political tensions. US markets were closed for Independence Day holiday.

World stocks and bonds are in the grip of the worst selloff in at least three decades as increasing chances of a US -- or even global -- recession are spooking investors. At the same time, sticky inflation has left little room for the Federal Reserve to apply brakes on monetary tightening. This toxic combination presents markets a trading challenge not seen since the late 1970s.

“The market has begun to worry more about economic growth than just liquidity withdrawal and inflation,” Stephen Innes, managing partner at SPI Asset Management, wrote in a note. “Unlike previous downturns, inflation is much higher and unemployment is much lower. These dynamics delay any potential dovish central-bank pivot despite the rapid shift in front-end rate expectations over the past week.” 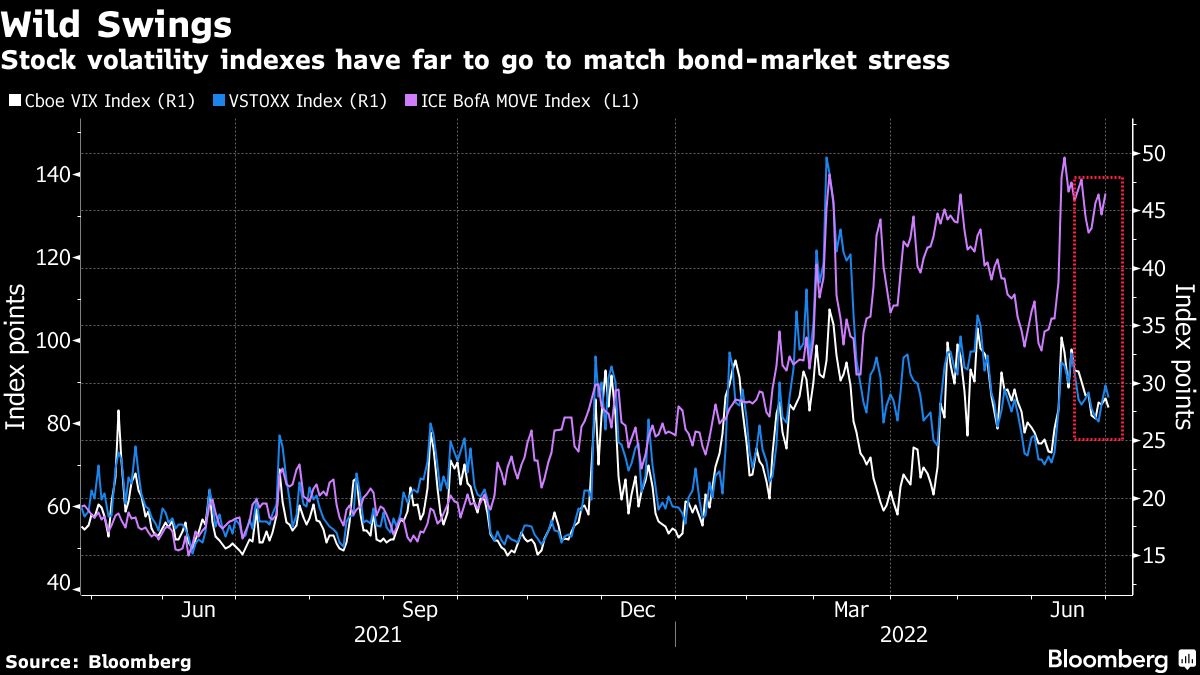 The MSCI All-Country World Index, the global benchmark, plunged 21 per cent in the first half, the worst year-to-date losses since at least 1988. Similarly, the 14 per cent loss in the Bloomberg Global Aggregate Index of investment-grade debt was its worst performance since 1990, the earliest date for which records are available.

The dollar was little changed Monday, after trading lower for most of the European session. US President Joe Biden may announce the rolling back of some tariffs on Chinese imports as soon as this week, Dow Jones reported.

In Europe, the Stoxx 600 benchmark climbed 0.5 per cent. Energy, commodity and health-care stocks were the biggest gainers.

In China, officials were trying to repel a COVID flareup that could buffet an economically significant region. That’s another test of Beijing’s strategy of trying to eliminate the pathogen with mass testing and disruptive lockdowns. A gauge of Hong Kong-traded Chinese stocks fell to the lowest level since June 24.

Separately, developer Shimao Group Holdings Ltd. said it didn’t pay a US$1 billion dollar note that matured Sunday, among the biggest dollar-payment failures so far this year in China.

Crude oil rose as traders weighed tight supplies against a global economic slowdown. Bitcoin hovered above the US$19,500 level.