The S&P 500 suffered its worst first half since 1970. But its dismal performance is not an indication of what’s to come.

That’s according to analysis by S&P Dow Jones Indices that says historically, there has been little to no correlation between the index’s performance in the first and second half of the year. 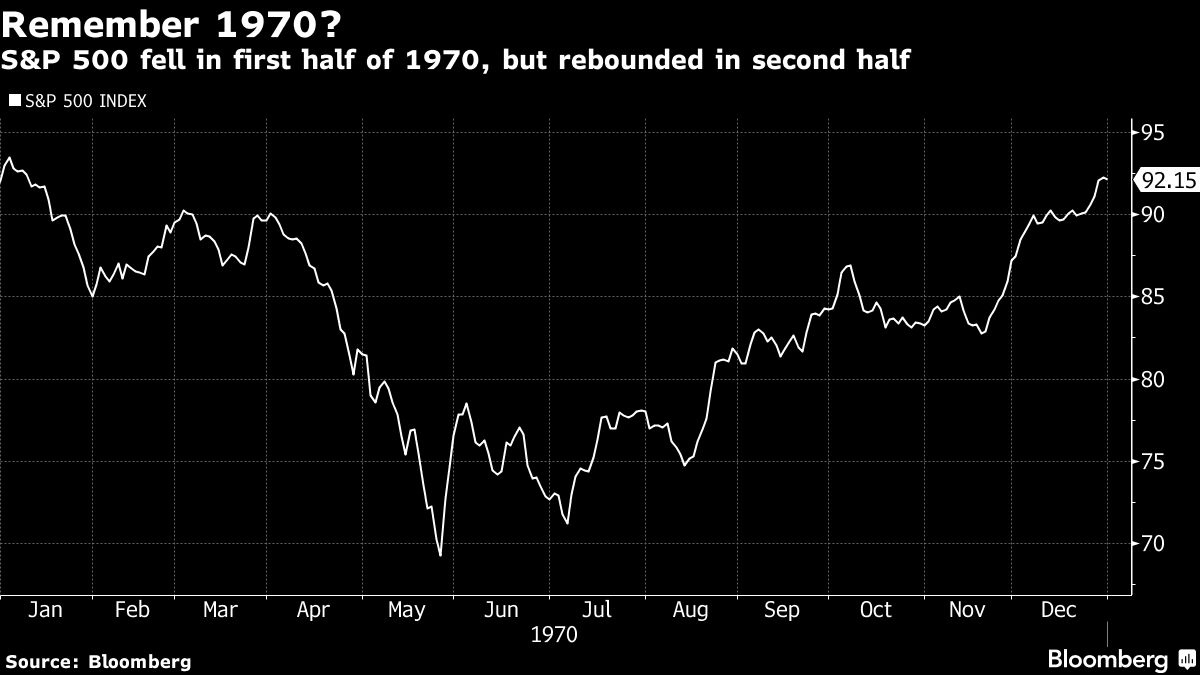 That doesn’t mean we have the all-clear. How the second half will play out is still a coin toss. Since 1957, in the years when the S&P 500 had a negative first half, the benchmark had a negative second half about 50 per cent of the time, said Anu Ganti, senior director of index investment strategy at S&P Dow Jones.

“It’s very difficult to know or to predict what is going to happen based on past performance,” she said.

The odds are looking good for the rest of 2022, since the market has already priced in the probability of a mild recession, said Brent Schutte, chief investment officer at Northwestern Mutual Wealth Management.

“I think the fear is that this time period is like the 1970s where demand falls but inflation doesn’t fall with it,” he said. “That would mean the Fed would have to keep going and pushing rates higher which would cause a deeper recession. That is not what I see happening.”

This time, inflation will slow down along with demand, creating a backdrop for a positive stock market, he said.

There are already signs of inflation cooling as the May personal consumption expenditures price index, which the Federal Reserve uses for its inflation target, rose less than expected.

“I’m not surprised that there’s no correlation between the past and the future,” Schutte said. “I’ve never found a way to make money by looking in the rear-view mirror.”