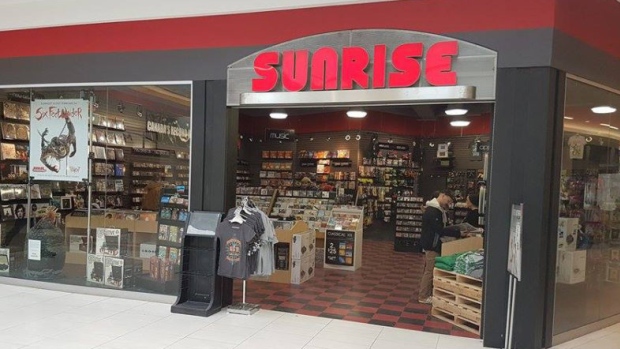 TORONTO -- Canadian retail chain Sunrise Records is branching out into the United States with the acquisition of For Your Entertainment, a music, film and pop culture outlet that operates across much of the country.

Doug Putman, president of the Sunrise, said the deal is valued at roughly US$10 million and comes with more than 200 locations that he plans to continue operating under the U.S. brand name.

For Your Entertainment, also called FYE, sells an array of vinyl records, DVDs, Blu-ray discs, toys and other items that cover a wide spectrum of popular franchises. It also operates both an FYE web store and Second Spin, another online retailer that specializes in used music and movies.

Putman said he wants to open at least 20 additional U.S. locations by the end of this year.

Ownership of FYE brand came into play after its current operator Trans World Entertainment Corp. said it began exploring strategic alternatives. The acquisition requires approval from FYE stockholders and is expected to be finalized before the end of March.

Sunrise Records, which is headquartered in Ancaster, Ont., has been expanding its entertainment business on a global scale over the past several years, driven by Putman's confidence that physical media is still valued by many consumers.

In 2017, his company acquired dozens of Canadian retail leases previously owned by HMV, and relaunched 70 of those stores under the Sunrise name, quickly expanding its presence across the country.

Last year, Putman looked beyond Canada's borders by picking up ownership of the British HMV business, with its more than 100 locations.