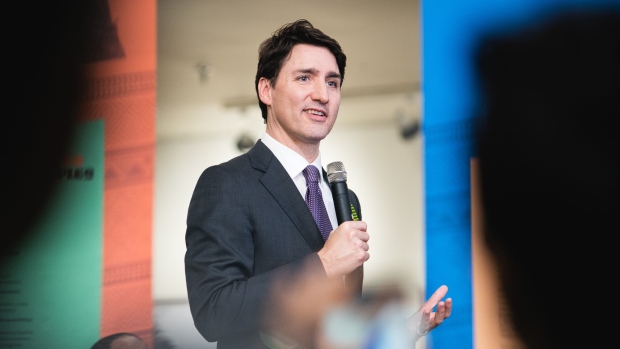 Canada’s government is generating unexpected windfalls in revenue that could give Prime Minister Justin Trudeau more fiscal leeway than it expected going into an election year.

The finance department released budget figures Friday that showed revenue up 8.7 per cent in the first nine months of the current fiscal year, well above the 4.9 per cent projected by the government in November. If that pace holds up, revenue for the year that ends March 31 would be almost $10 billion more than projected.

The numbers suggest Trudeau may have more fiscal space to dangle new program spending in the next budget, due to be unveiled March 19, or accelerate the pace of planned deficit reduction if he chooses. The assumption up to now has been that he had little wiggle room after Finance Minister Bill Morneau’s November announcement of $14 billion in new corporate tax breaks.

“If you are the finance minister that’s great news,” said Kevin Page, head of the University of Ottawa’s Institute of Fiscal Studies and Democracy.

The question is whether the government sees this is a temporary bump or a permanent increase in tax yields that would allow it to roll the better revenue picture into the future, Page said. “Whether they carry it forward or not will it be fiscally significant.”

One reason for circumspection is that the economy appeared to enter a soft patch at the end of last year, which could considerably slow revenue growth in coming months. Morneau, asked about the stronger fiscal numbers at a press conference Friday in Toronto, said his government would remain cautious.

Morneau’s last fiscal update in November projected an $18.1 billion deficit for the current fiscal year, on revenue of $328.9 billion. The figures released Friday showed revenue of $241 billion in the first nine months, 73 per cent of target. This time last year, the federal government had only reached 71 per cent of its full-year revenue target.

The data also show Canada produced a surplus of $324 million in the first nine months of the fiscal year, versus an $8.9 billion deficit for the same period last year.

The stronger numbers reflect much stronger-than-expected tax collection from both corporations and individuals, in part due to an acceleration in new job growth over the past 18 months. It’s not uncommon for government tax yields to rise at the late stages of business cycles when unemployment is low, but the sharp increase seems to have caught the government by surprise.

Program expenses, meanwhile, have grown at about the projected pace.