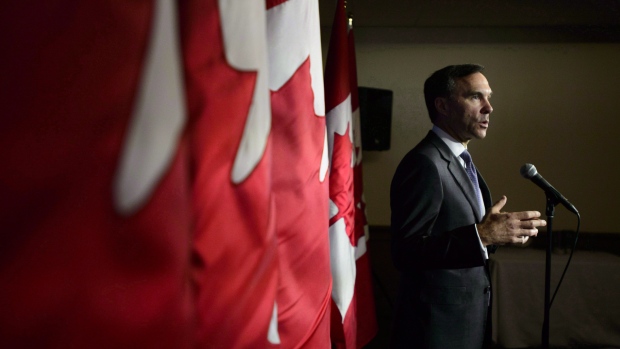 Finance Minister Bill Morneau’s pre-election budget will be unveiled on March 19, as the government looks to dangle new program spending ahead of a vote this year.

Morneau announced the budget date in parliament on Wednesday in Ottawa. He has signaled it will include measures such as new prescription drug coverage and housing measures aimed at younger buyers.

He and Prime Minister Justin Trudeau don’t have much leeway to roll out new spending without ballooning the deficit, since slower-than-expected growth has eaten up any wiggle room, National Bank of Canada said in a report last month. A slump in Canadian crude oil prices late last year will take a bite out of revenue.

A fiscal update last fall already announced $14 billion in corporate tax breaks over six years, at a time when government revenues were rising. The budget will be the most detailed picture of federal finances since that update, which projected an $18.1 billion deficit for the current fiscal year, and a cumulative deficit of $76.8 billion, including an annual risk adjustment, over the following five years.

Morneau last year launched a review of drug coverage with the aim of creating a pharmacare strategy to cover what he called “gaps” in the current system, which relies on coverage from governments, private insurers and patients paying out-of-pocket. The latter group accounts for about $3.6 billion in annual spending, the country’s budget watchdog has said.