The Twitter overhang on Tesla Inc. shares is turning out to be among the least of investors’ problems.

Elon Musk’s decision to pursue a takeover of Twitter Inc. contributed to the plunge in Tesla’s stock over the past couple months. Yet even if the billionaire, who plans to address Twitter employees Thursday, decides to walk away from the deal, the electric-vehicle maker’s shares face enough headwinds that they may not recover that lost value. 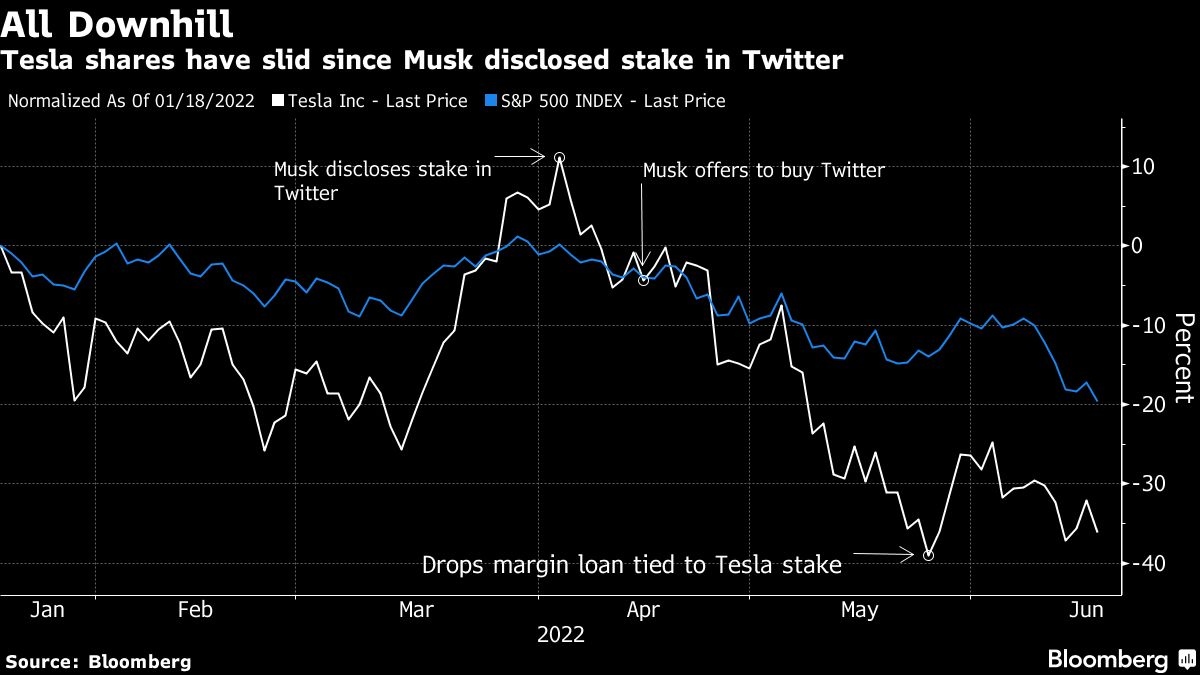 Blame it on rapidly worsening investor sentiment, with US stocks entering a bear market because of soaring inflation and higher interest rates that threaten to trigger a recession. Technology and growth companies -- whose valuations reflect expectations for big future profits -- have seen the worst of the rout, and Tesla fits that description to a tee.

“While there might be some short-term relief for Tesla if Musk walks away, if the wider stock market keeps on plummeting I do not think Tesla is going to be immune to further slides,” said David Jones, chief market strategist at Capital.com.

Tesla shares are now down 39 per cent since Musk first disclosed a stake in Twitter, while the the S&P 500 Index has fallen 19 per cent over the same period.

The stock initially fell as Tesla shareholders fretted that Musk would be spread too thin if he tried to overhaul Twitter while also running Tesla and overseeing his Space Exploration Technologies Corp. He also planned to use some of his Tesla stock as collateral for loans to pay for the deal, though his latest financing doesn’t include share pledges.

The broader economic anxiety has taken the shine off of good news, while negative headlines have served to deepen the gloom. For instance, when Tesla announced a widely anticipated stock split Friday, its shares didn’t get a boost. In contrast, a similar move by the company in 2020 had led to a 60 per cent jump in the share price from the day of the announcement to the execution date, and partly fueled a stratospheric rally.

Then there are other troubles that the company faces, including climbing raw-material costs, supply-chain shortages and production disruptions in China that refuse to go away. All of which present big hurdles to any rebound rally.

Also, it’s hard to think of any outcome of the Twitter situation that can be good for Tesla investors, market watchers said. A takeover of Twitter by Musk will revive worries that he’s spreading himself too thin, while a decision to quit the deal won’t be much cleaner either.

“There are valid reasons to believe that any deal termination would come only after lengthy and difficult negotiations and/or litigation,” said Steve Sosnick, chief strategist at Interactive Brokers. “Neither is a great use of Musk’s time and energy.”

Musk has publicly expressed reluctance about the acquisition, saying last month it was “temporarily on hold.” Still, the deal has continued to progress in the background, with Twitter executives telling staff they plan to enforce the deal agreement.

Given Musk’s penchant for surprising investors, anything is possible, according to Sosnick.

“Sure, he could pull a rabbit out of his hat tomorrow or at some point in the future; he has done it before,” he said. “But the market doesn’t expect it right now.”

Tesla shares dropped as much as 6.1 per cent on Thursday in New York. 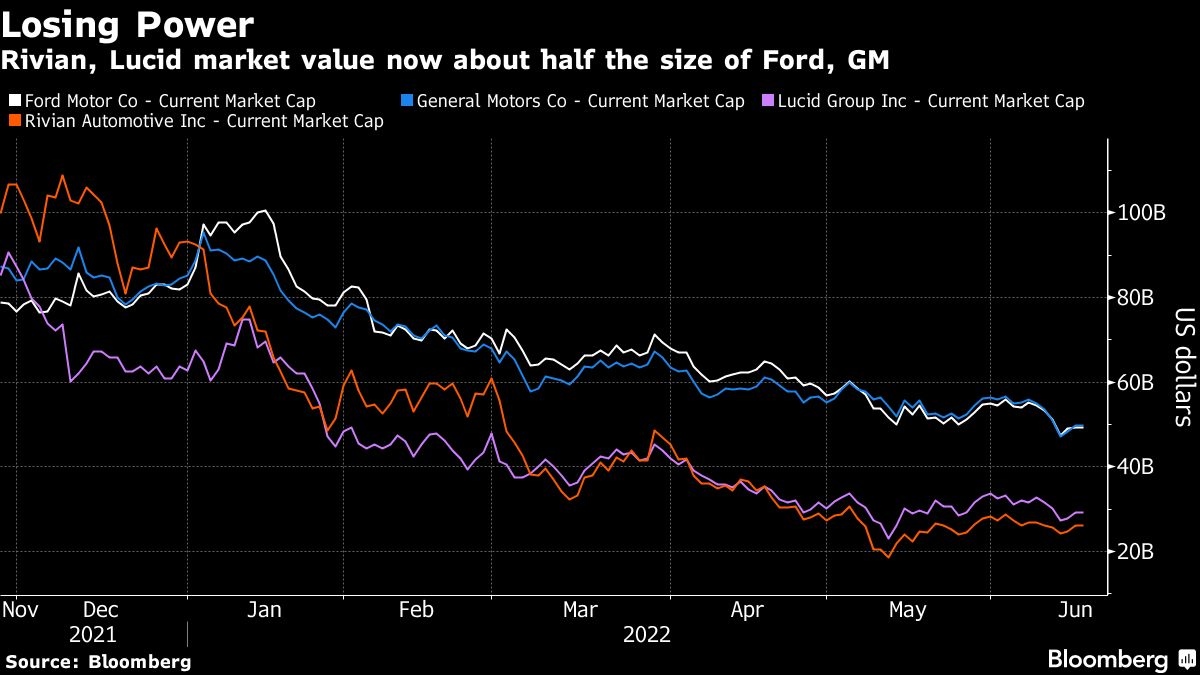 What a turnabout: Electric-vehicle startups Rivian Automotive Inc. and Lucid Group Inc., which surpassed Ford Motor Co. and General Motors Co. in market value late last year, have plummeted in 2022, diving 74 per cent and 57 per cent respectively. Rivian is now valued at US$25 billion and Lucid fetches US$27 billion, versus about US$50 billion each for Ford and GM. Investors have fled from speculative growth stocks as the Fed tightens monetary policy.