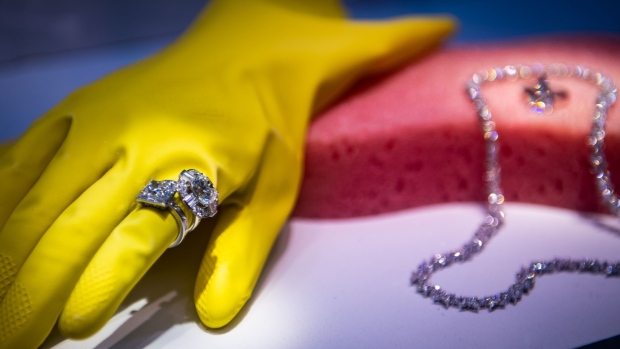 Jewelry is displayed in a window of the Tiffany & Co. store on Fifth Avenue in New York, U.S., on Monday, Oct. 28, 2019. Tiffany & Co. may attract rival bids, analysts said, after the jewelry maker said it was reviewing an unsolicited $120 per-share bid from French luxury conglomerate LVMH. , Bloomberg

Tiffany & Co. shares had their biggest gain in more than two months after Reuters reported that LVMH decided against trying to negotiate a lower price for its planned US$16 billion acquisition of the U.S. jeweler.

The stock rose eight per cent to US$123.80 Friday. LVMH Chairman Bernard Arnault had been in talks with advisers to identify ways to pressure Tiffany to accept a lower price, though he abandoned the plan after they found too many legal hurdles, Reuters said, citing people it didn’t name close to the situation.

The French luxury giant has said its board met Tuesday to discuss its planned purchase amid reports that the deal might need to be reworked. LVMH ruled out buying Tiffany shares on the open market even though they’ve been trading at a discount to the agreed price of US$135 a share.

While analysts have said the jeweler complements LVMH’s business, the deal may create headaches. Tiffany’s reliance on the U.S. market makes it more vulnerable in the face of the coronavirus-related economic fallout and rising social unrest.

It’s not clear whether LVMH will revisit the issue at a later date if Tiffany’s financial situation worsens, Reuters said.