It was arguably the peak of pot-stock volatility, and also a peak that Tilray Inc. has never come close to hitting since.

One year ago today, Tilray took the wildest ride of its existence, nearly doubling to US$300 before wiping out the entire gain in less than an hour, then climbing back to finish 40 per cent above where it started.

Twelve months later, the stock is down about 90 per cent from that intraday high, erasing more than US$17 billion of market value. It’s one of the most dramatic reversals ever in a sector that’s sagged more than 40 per cent since March.

Call it a return to earth for cannabis. Tilray’s price-to-sales ratio had reached levels 25 times higher than those of tech giants Amazon.com Inc. (AMZN:UN) and Apple Inc. (AAPL:UN) last September, the month before Canada legalized recreational use. 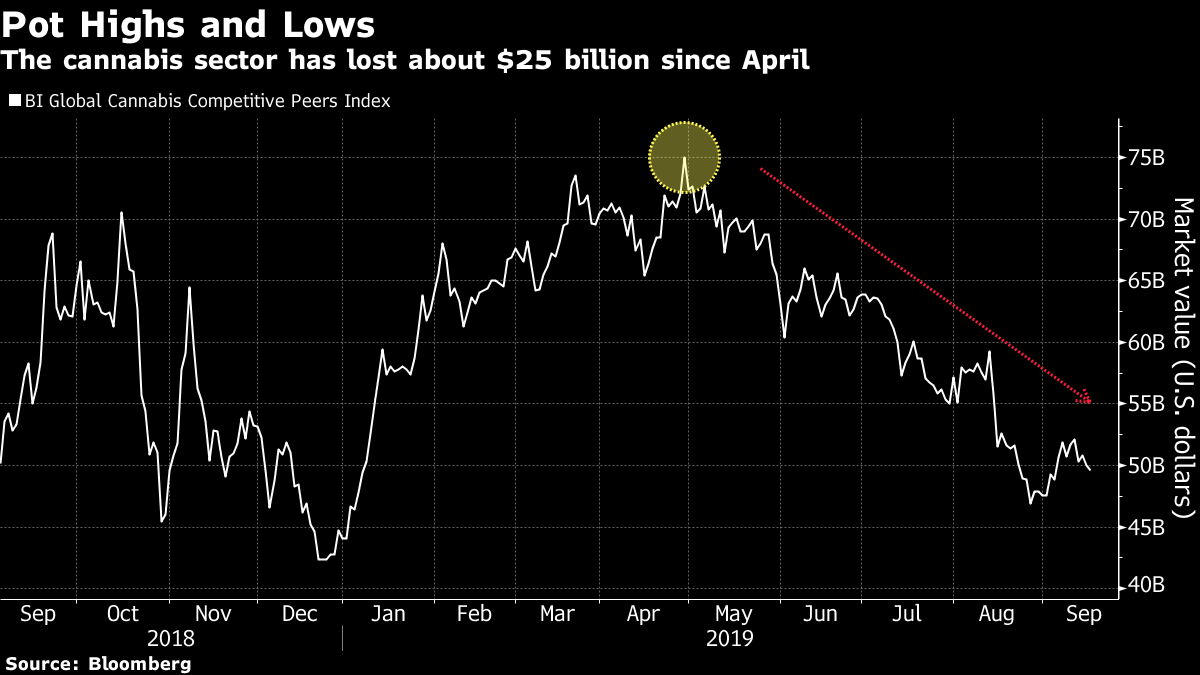 The decline hasn’t deterred short sellers, who’ve collectively made US$112 million off their Tilray positions this year, according to financial analytics firm S3 Partners. Tilray’s short interest stood at US$256 million or 38 per cent of float as of Sept. 18, according to S3 Partners’ data.

A variety of factors have weighed on pot stocks this year, including bigger-than-expected losses at many of the largest companies, regulatory breaches at one-time industry darling CannTrust Holdings Inc. (TRST:CT), and antitrust reviews of U.S. acquisitions.

The decline has shaved a significant amount off the sector’s market value, with the BI Global Cannabis Competitive Peers index losing about US$25 billion since late April.