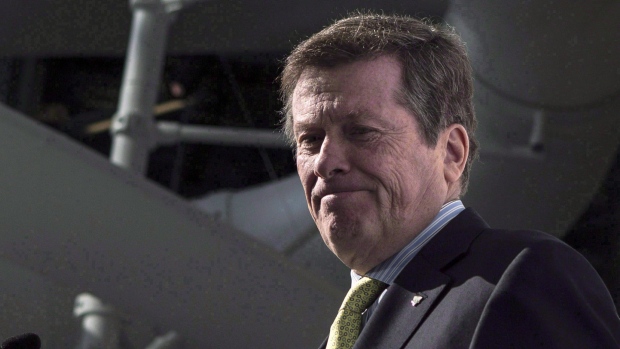 “There’s been some initial investment made in [housing affordability and public housing in Toronto] since the government changed in Ottawa,” Tory told reporters in Toronto, “but more needs to be done.”

At the same event on transit funding, Morneau said that Canada remains “very focused” on housing market stability and that affordability is a “huge area of concern.”

He added that the federal government is “considering measures that are more federal in nature.” While Ottawa will discuss measures with its provinicial and municipal counterparts, Morneau said other levels of government have their own ability to make decisions.

Morneau announced in June that the Liberal government would set up a working group of federal, provincial and municipal officials to recommend policy changes aimed at preventing a housing bubble.

At the end of July, British Columbia unveiled a new 15 per cent property transfer tax on foreign buyers in Vancouver, amid concerns that rampant speculation was driving prices out of reach for many residents.