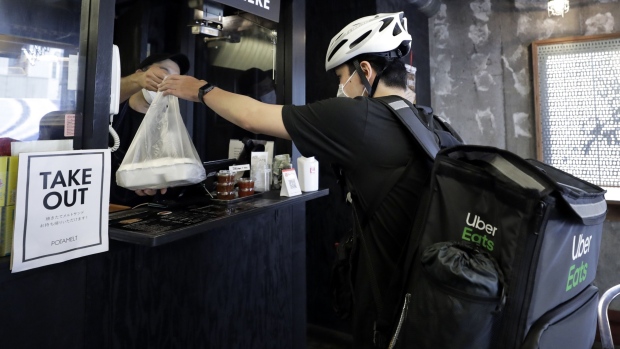 In a clear sign of bipartisan support, councillors unanimously passed a motion late Wednesday requesting the Ontario government crack down on commissions applied by third-party food delivery businesses that have weighed down restaurants since the pandemic began. The motion was put forward by Toronto City Councillor Michael Ford and seconded by Mayor John Tory.

In a phone interview, Councillor Ford said a commission cap is “a critical piece of the puzzle” in supporting local “mom-and-pop” restaurants operating on “razor-thin” margins.

Thank you to my colleagues, esp Mayor @JohnTory, for unanimously supporting my motion calling on @ONgov to consider a temporary cap on food delivery service fees.

During these difficult times, this is one critical piece of the puzzle to support our small “mom & pop” restaurants. pic.twitter.com/1EsmQwu2Tg

Toronto doesn’t have the legal authority to mandate a cap on delivery rates, but the province does. The city is one of four regions in Ontario where indoor dining has been suspended due to spiking coronavirus cases. Third-party food delivery services such as Uber Eats and Skip The Dishes currently account for approximately 80 per cent of restaurants’ businesses. But Councillor Ford said the rates these services are charging is “outrageously high."

He said he expects Queens Park to move “at warp speed” to craft regulation.

“The vast majority of Toronto’s economy is made up of small businesses, including many restaurants. If they go under during these difficult times, our road to recovery will be that much more difficult,” said Ford, who is the nephew of the Ontario premier.

Restaurants Canada, the country's industry lobby group, estimates that without further support, nearly 40 per cent of independent restaurants may not survive beyond March 2021.

Councillor Ford said he has already discussed the matter with the premier and other provincial ministers who are “very open to the motion.”

He added that he spoke with food delivery providers Tuesday evening and found they vary on whether they would be open to changing their rates.

“There are companies in the industry – I’m not going to name names – that have been willing to find a better commission path. Others don’t seem to be willing to find a middle ground and that’s disappointing,” he said.

Toronto has partnered with Toronto-based start-up Ritual Technologies Inc. and DoorDash Inc. to offer free delivery from 1,000 businesses until Nov. 8. The companies are waiving fees to both businesses and consumers.

Uber charges the highest fees, often 30 per cent on top of a final food order.

A spokesperson for Uber Eats told BNN Bloomberg in an email the company has for weeks waived activation fees for new restaurants and offers reduced rates for picking up food yourself or with another courier.

Although council’s motion does not include a specific cap rate, it cites jurisdictions in the U.S., including Los Angeles, which mandated a 15-per-cent ceiling for food delivery businesses. San Francisco, New York, Jersey City, Chicago, Seattle and Washington, D.C. have also moved to limit fees.

Ford said it will be up to the province to decide whether a cap would be region-specific and tailored to the size of the business.