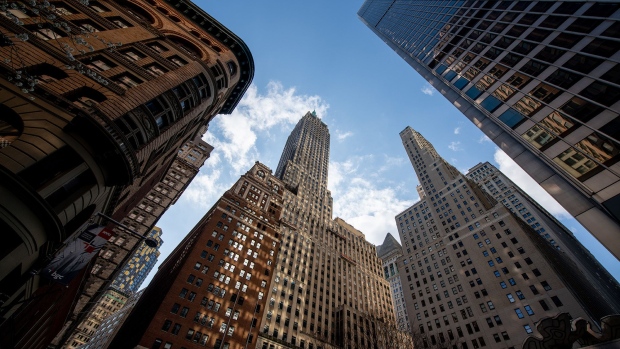 (Bloomberg) -- The backlash against President Donald Trump is cutting into the heart of his brand: New York City real estate and landmarks.

The city is canceling its deals with the Trump Organization, ending more than $17 million in contracts with the president’s family business. They include a Bronx golf course and a carousel and two ice skating rinks in Central Park.

“The contracts make very clear: If the leadership of a company is engaged in illegal activity, we have the right to sever the contract, Mayor Bill de Blasio said Wednesday in an appearance on MSNBC. “Inciting an insurrection against the U.S. government clearly constitutes criminal activity.”

Trump’s company said it plans to fight back.

“The City of New York has no legal right to end our contracts and if they elect to proceed, they will owe The Trump Organization over $30 million dollars,” a spokesperson said in a statement. “This is nothing more than political discrimination, an attempt to infringe on the First Amendment, and we plan to fight vigorously.”

Politicians are joining businesses turning their backs on Trump.

In Manhattan’s Financial District, the broker of Trump’s 40 Wall Street building, Cushman & Wakefield Plc, is cutting ties with the president’s business. The Trump Organization will have to find another broker to fill the office spaces at the more than 70-story Art Deco tower near the New York Stock Exchange.

Deutsche Bank AG, professional golf group PGA of America and the Canada-based business that ran Trump’s online shop have abandoned him. Facebook and Twitter kicked them off their social networks.

Another real estate firm, Jones Lang LaSalle Inc. said it was “no longer doing business” with Trump’s company. The firm had been marketing Trump Hotel in Washington but said the listing agreement for the property had expired.

The New York properties, in particular, cut into Trump’s brand as a big-city developer. Trump has lived almost his entire life in New York City. He slapped his name on iconic properties, most notably Fifth Avenue’s Trump Tower.

”Because I grew up in Queens, I believed, perhaps to an irrational degree that Manhattan was always going to be the best place to live -- the center of the world,” Trump said in his first book, The Art of the Deal.

In his trademark fashion, Trump often exaggerated his success as a developer. In many cases, including 40 Wall Street, he only leases the building.

“Many of the buildings aren’t even his, they just have his name on them,” said New York historian Marion Fox.

The Big Apple had already begun its Trump breakup. Only a fifth of New York City voters cast their ballots for him. In 2019, the president himself moved his official residence to his Florida resort, saying he’d been “treated very badly by political leaders of both the city and state.”