The Fed is creating asset inflation that they might not be able to control: Portfolio manager

The Federal Reserve signaled it was ready to lower interest rates for the first time since 2008, citing “uncertainties” that have increased the case for a cut as officials seek to prolong the near-record U.S. economic expansion.

While Chairman Jerome Powell and fellow central bankers left their key rate in a range of 2.25 per cent to 2.5 per cent on Wednesday, they dropped a reference in their statement to being “patient” on borrowing costs and forecast a larger miss of their 2 per cent inflation target this year.

“My colleagues and I have one overarching goal, to sustain the economic expansion,” Powell told a press conference following the decision. He noted that apparent progress on trade talks had “turned to greater uncertainty” and many Fed officials “now see that the case for somewhat more accommodative policy has strengthened.”

The shift followed attacks on the Fed by President Donald Trump for not doing more to bolster the economy and Tuesday’s report by Bloomberg News that the president asked White House lawyers earlier this year to explore options for demoting Powell from the chairmanship.

Asked about the criticism, Powell said he thinks “the law is clear that I have a four-year term and I fully intend to serve it.”

U.S. stocks rose after the decision and Treasuries erased losses. Yields on benchmark 10-year Treasuries fell to 2.03 per cent. Fed funds futures priced in increased odds of a rate cut at the July meeting and investors now see around 74 basis points of easing by the end of the year.

Powell ducked a question on whether the Fed would ease by as much as a half-percentage point, if it decided to act. But he acknowledged there was merit in the argument that a central bank should move decisively when its policy rate is already close to zero.

“An ounce of prevention is worth a pound of care,” Powell said. “That is a valid way to think about policy in this era” of near-zero rates, he said.

The pivot toward easier monetary policy shows the Fed swinging closer to the view of most investors that Trump’s trade war is slowing the economy’s momentum and that rates are too restrictive given sluggish inflation. 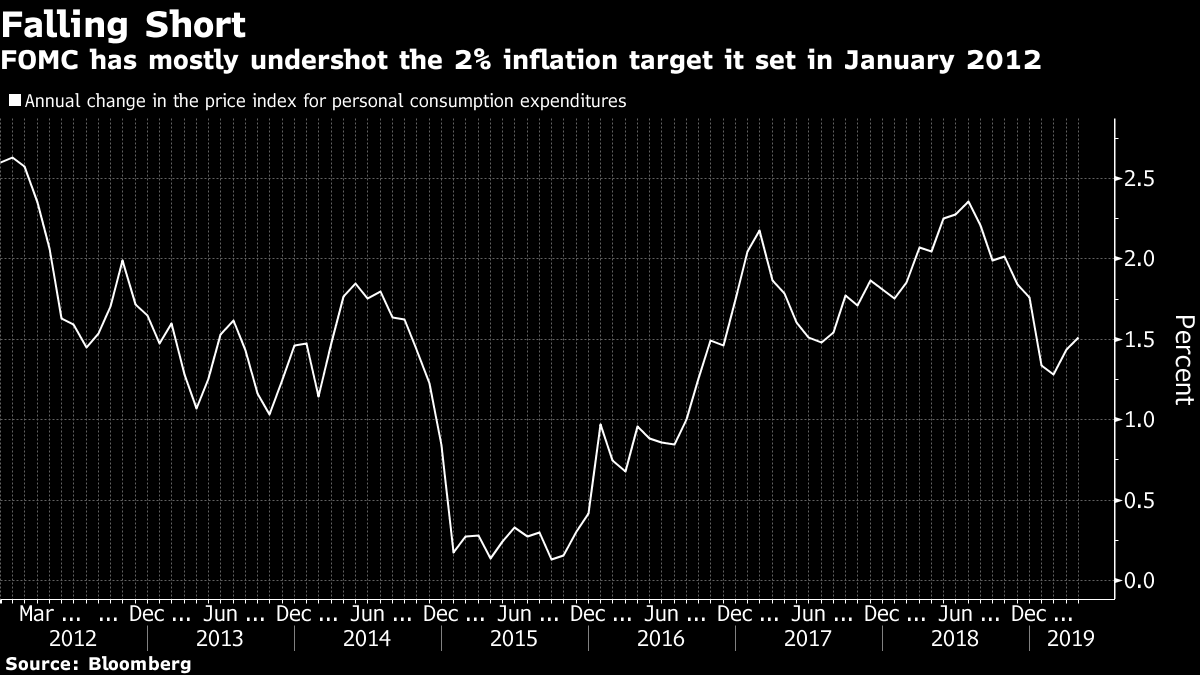 The Federal Open Market Committee said in a statement that in light of increased uncertainties and muted inflation pressures “the committee will closely monitor the implications of incoming information for the economic outlook and will act as appropriate to sustain the expansion.”

The FOMC vote was not unanimous, with St. Louis Fed President James Bullard seeking a quarter-point rate cut. His vote marked the first dissent of Powell’s 16-month tenure as chairman.

Officials were starkly divided on the path for policy. Eight of 17 penciled in a reduction by the end of the year as another eight saw no change and one forecast a hike, according to updated quarterly forecasts.

Trump’s attacks on the Fed risk casting a political shadow over whatever policy decision the Fed makes, though Powell and his colleagues say they’re focusing only on the economic goals Congress gave them.

Powell declined to comment directly on the president’s public criticism of the central bank, but said the Fed is “deeply committed to carrying out our mission” and that its independence from politics is an “important institutional feature that has served the economy and the country well.”

In the statement, officials downgraded their assessment of economic activity to a “moderate” pace from “solid” at their last gathering. They also noted that “growth of household spending appears to have picked up from earlier in the year” and that indicators of business fixed investment “have been soft.” They repeated that the labor market “remains strong.”

Recent U.S. economic data have been mixed. Consumer spending held up in May but job gains were disappointing, and some gauges of business sentiment have cooled on uncertainty around the outlook for trade. The Fed remains bedevilled by inflation continuing to undershoot the central bank’s 2 per cent target despite unemployment being at a 49-year low.

“Bloomberg Economics retains the view that if economic data firm somewhat and trade tensions cool, the Fed may avoid embarking on insurance cuts -- or at the very least will deliver far less accommodation than what markets have started to price in.”
--Carl Riccadonna, Yelena Shulyatyeva and Eliza Winger

The Fed, which raised interest rates four times last year and as recently as December projected further hikes in 2019, isn’t alone in changing tack. European Central Bank President Mario Draghi on Tuesday paved the way for a rate cut, and central banks in Australia, India and Russia have lowered borrowing costs this month. 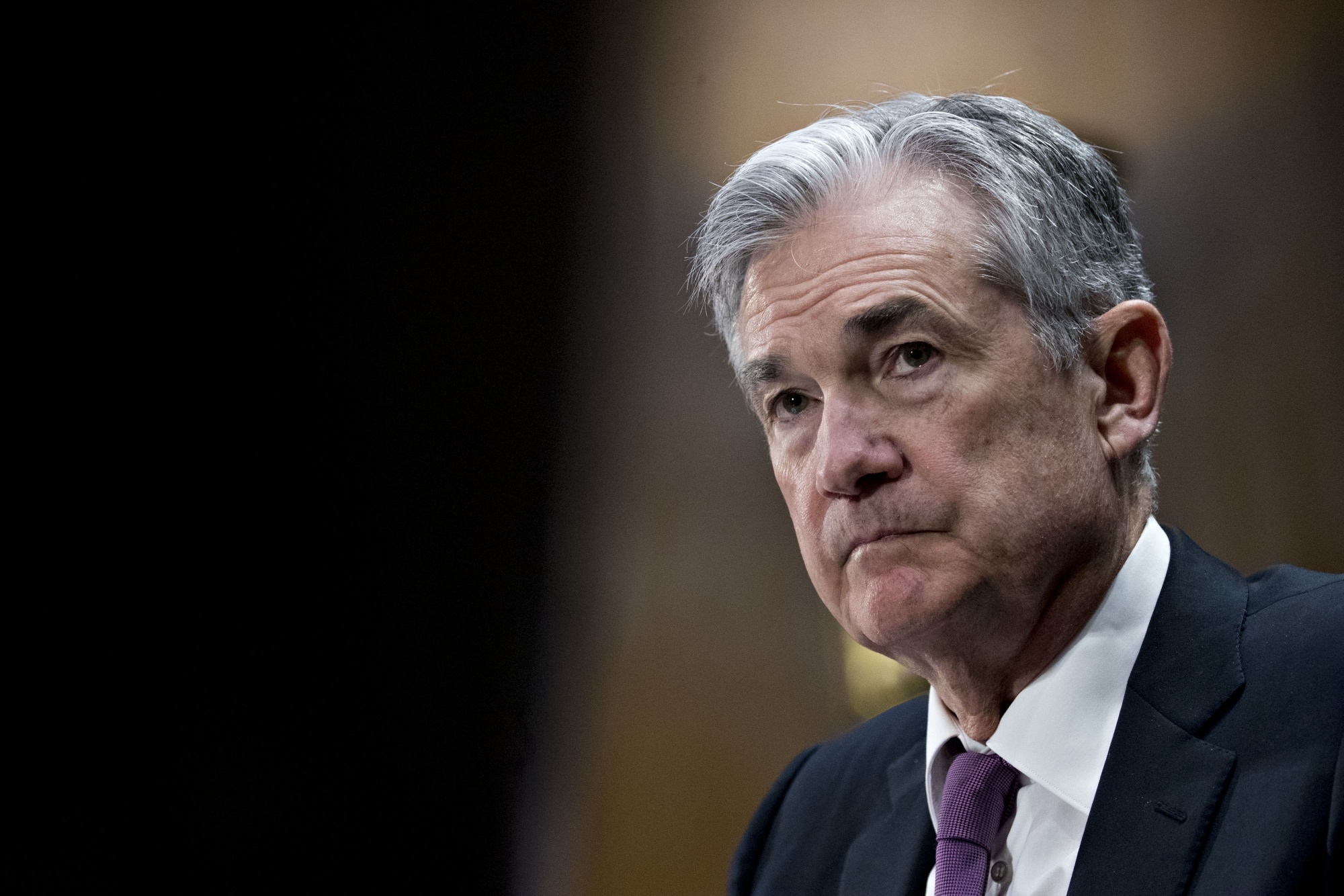 Do you think economic fundamentals warrant a rate cut in the U.S?