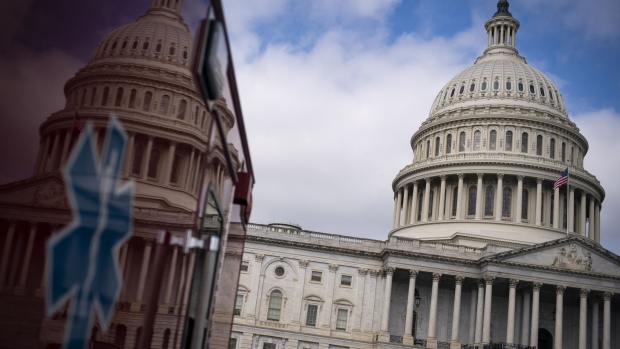 The U.S. Capitol stands past an ambulance in Washington, D.C. on March 26, 2020. Photographer: Al Drago/Bloomberg , Bloomberg

The U.S. government is being urged by more than 30 industry groups to establish a recovery fund for businesses hurt by the spread of the coronavirus, less than a week after the enactment of a US$2 trillion stimulus package.

The proposed fund, to be managed by a special administrator, would give relief to businesses to help them retain and rehire employees, maintain benefits, and keep up with expenses, according to a letter sent Tuesday to President Donald Trump, Treasury Secretary Steven Mnuchin and congressional leaders. It would augment the stimulus package, known as the CARES Act. The groups didn’t specify a dollar figure for the new fund.

“Although the loan programs instituted by the CARES Act provide a down payment on economic support for Main Street businesses, additional liquidity will be required for impaired industries and businesses to avoid an unprecedented systemic, economic crisis,” the groups said in the letter.

The organizations represent industries from real estate and insurance to hotels and theater owners, and even waste management and recycling. Among provisions of the existing rescue package are US$350 billion in aid through the Small Business Administration, about US$500 billion for larger companies and regulatory relief for banks.

Businesses across the U.S. have been reeling from the ripple effects of the Covid-19 pandemic and mandated shutdowns by some state and local governments. A slowdown in activity fueled a record number of jobless claims in the week ended March 21 and has led employers including Macy’s Inc. to announce furloughs for thousands of workers.