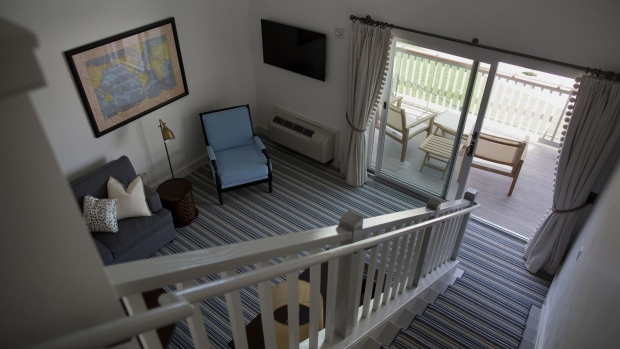 Mortgage rates in the U.S. hit a record low for the sixth time since the coronavirus outbreak began roiling financial markets.

The average for a 30-year fixed loan was 3.03 per cent, the lowest in almost 50 years of data-keeping by Freddie Mac. The previous record was 3.07 per cent, which held for a week. Rates have plunged as the Federal Reserve holds its benchmark rate near zero and buys mortgage bonds as part of its plan to stimulate the economy.

Analysts have argued that rates could dip below three per cent this year.

Low borrowing costs have fuelled demand for homes, even with the pandemic battering the economy. Americans stuck at home have been looking to trade up for more space, while a shortage of available inventory has helped prop up prices.

Social-distancing measures kept some buyers and sellers on the sidelines in recent months, but the market is bouncing back, according to Lawrence Yun, chief economist at the National Association of Realtors.

“The residential market has seen a swift rebound of activity as numerous states have begun to ease mandatory stay-at-home orders,” Yun said in a statement.