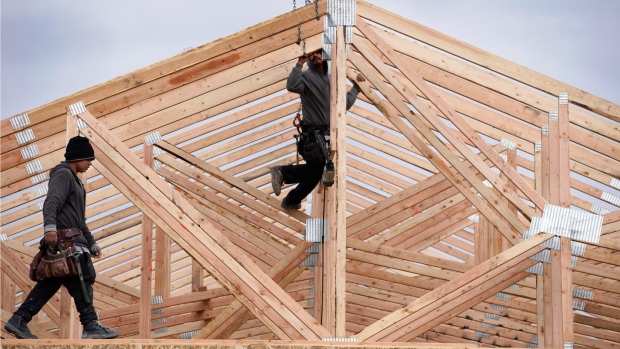 Sales of new U.S. homes unexpectedly rose in March, climbing to a 16-month high to cap the first quarter with a third straight increase that reflects a boost from lower borrowing costs.

Single-family home sales rose 4.5 per cent to a 692,000 annualized pace that topped all estimates in Bloomberg's survey, while February’s figure was revised down somewhat, government data showed Tuesday. The median sales price decreased 9.7 per cent from a year earlier to a two-year low of US$302,700.

-The surprisingly strong gain suggests lower mortgage rates and rising wages are helping the housing market regain its footing after stumbling last year. Still, other March data have been less upbeat, as existing home sales missed estimates and housing starts slumped to the slowest pace since May 2017.

-The number of properties sold for which construction hadn’t yet started grew to 200,000, the most since November 2017, indicating lower mortgage rates have lured more buyers.

-Purchases of new homes climbed in three of four regions, led by a 17.6 per cent jump in the Midwest. The Northeast saw a 22.2 per cent drop that was the steepest since July.

-The supply of homes at the current sales rate decreased to six months from 6.3 months in February. The number of new homes for sale in the period was little changed at 344,000.

-The March figures mark a return to the original schedule following delays from the government shutdown that ended in January. The report is published jointly by the Census Bureau and Department of Housing and Urban Development.