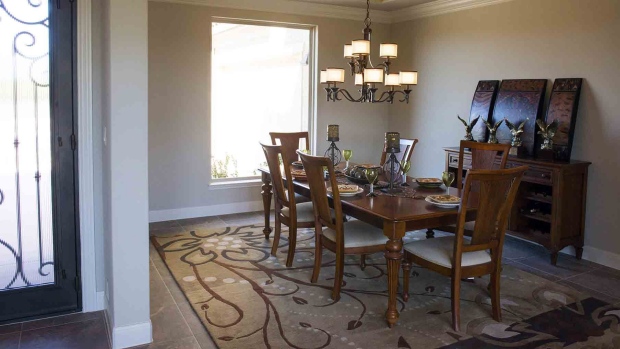 An index of U.S. pending home sales exceeded forecasts in June as borrowing costs fell, adding to evidence that the housing market is the bright spot in an economy stunted by COVID-19.

The National Association of Realtors’ index of contract signings to purchase previously owned homes increased 16.6 per cent after a 44.3 per cent jump in May, according to data released Wednesday. The median forecast of economists surveyed by Bloomberg called for a 15 per cent month-over-month gain in June. Compared with a year ago, pending sales are up 12.7 per cent on an unadjusted basis.

“It is quite surprising and remarkable that, in the midst of a global pandemic, contract activity for home purchases is higher compared to one year ago,” Lawrence Yun, NAR’s chief economist, said in a statement. At 116.1 in June, the index of pending home sales is the highest since February 2006.

Along with soaring purchases of new homes, the NAR’s figures show housing is a key source of strength for the economy as it attempts to recover from the recession. At the same time, still-elevated unemployment and the ongoing struggle with COVID-19 threaten to temper the pace of improvement in residential real estate.

“Housing market activity in June was strong, with buyers benefiting from extremely low mortgage rates that have continued declining all the way through July,” Ruben Gonzalez, chief economist at Keller Williams, said in an e-mail. “If we see a further slowing in the pace of new listings coming on the market as a result of the recent surge in coronavirus cases, and mortgage rates continue to spur demand, we could continue to see upward pressure on home prices.”

Pending home sales rose in all U.S. regions, including an 11.9 per cent gain in the South that boosted the region’s index to the highest in records back to 2001. Purchases also increased 12.2 per cent in the Midwest to the strongest since February 2017 and climbed 11.7 per cent in the West. Contract signings jumped 54.4 per cent in the Northeast to a four-month high.

Record-low mortgage rates and Americans leaving densely-populated cities are contributing to a housing boom as much of the country’s economic recovery stalls. The U.S. homeownership rate in the second quarter is at its highest point since 2008, according to a recent Census Bureau report.

The NAR raised its projection for existing home sales this year to 5.18 million units, up from a May forecast of 4.93 million units. The group also estimates new-home sales to increase 3 per cent.