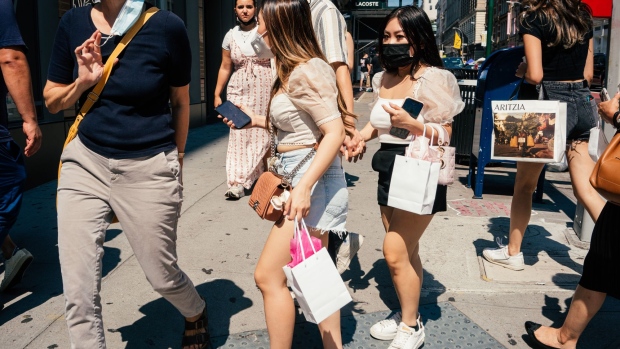 U.S. retail sales rose unexpectedly in August as a pickup in purchases across most categories more than offset weakness at auto dealers, showing resilient consumer demand for merchandise.

The median estimate in a Bloomberg survey of economists called for a 0.7 per cent decline in overall retail sales, with forecasts ranging from a 3.3 per cent drop to a 1.1 per cent gain. 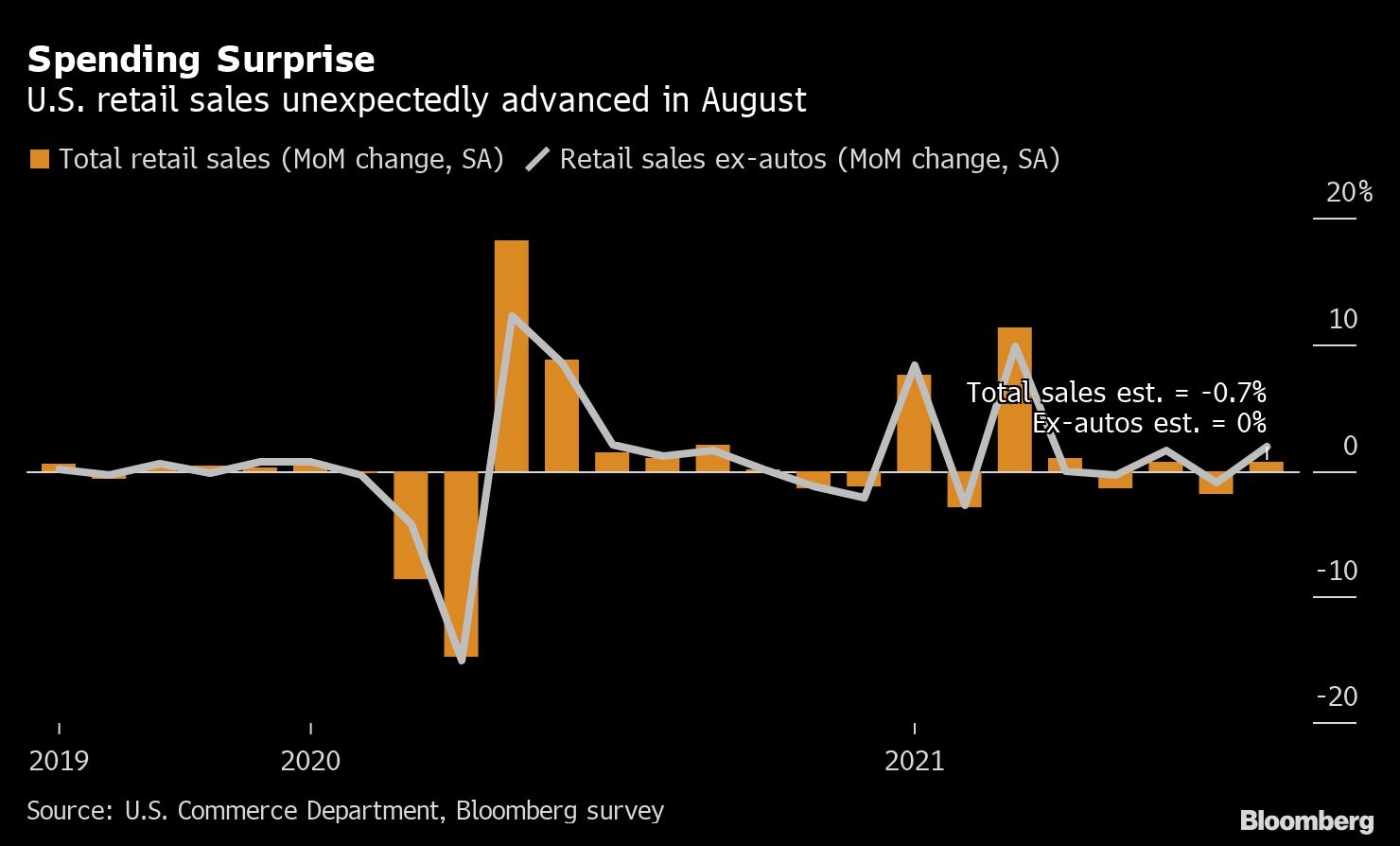 The S&P 500 declined, the yield on the 10-year Treasury note rose and the dollar advanced after the report.

The surprising improvement in sales, underpinned in part by back-to-school shopping and payments for millions of families with children, suggests healthy demand for goods. The report showed firmer receipts at online retailers, general merchandise stores, furniture outlets and grocery stores.

The delta variant is curbing demand for services such as travel and leisure, which may be allowing Americans to shift their spending back to goods. The retail sales data showed receipts at restaurants and bars, the only services-spending category in the report, stagnated in August. Meantime, grocery-store receipts climbed 2.1 per cent.

“While spending on goods was much stronger than we anticipated, that presumably will just add to the shortages seen in recent months, while the flatlining of spending in restaurants and bars suggest that the broader recovery in services consumption probably faltered,” Michael Pearce, senior U.S. economist at Capital Economics, said in a note.

Earlier this month, economists at Goldman Sachs Group Inc. downgraded their third-quarter consumption forecast to a 0.5 per cent annualized decline because of delta’s impact on services spending.

According to the Commerce Department’s report, 10 of 13 categories registered sales increases. Sales decreased at car dealers, electronics and appliances outlets and sporting goods and hobby stores.

Motor vehicle and parts dealer sales fell 3.6 per cent in August after a 4.6 per cent slide a month earlier. That reflects the surging prices and limited inventory that have depressed auto sales to their weakest level in more than a year, according to Wards Automotive Group.

Americans have also been confronted with higher prices across a variety of goods and services in recent months as businesses pass on -- at least in part -- extra costs associated with constraints on materials and labor. The degree to which that played a role in the retail sales data is not clear as the figures are not adjusted for price changes.