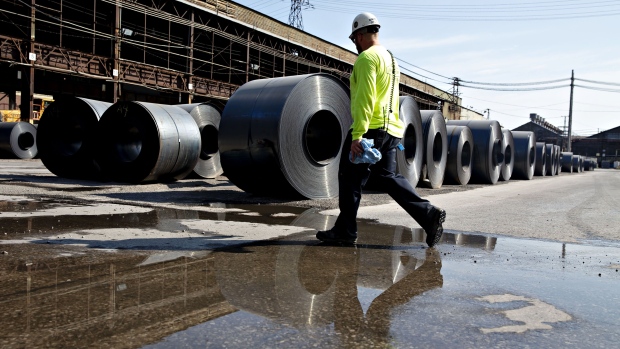 Adjusted earnings before items was $2.03 billion, the company said in a statement Thursday, better than the $2.01 billion average among Wall Street analysts. Shares of the Pittsburgh-based metal maker are on pace for a second straight annual gain as domestic steel prices rallied in the past year to the highest on record.

“Our future now includes a $300 million stock repurchase program and $0.05 per share quarterly dividend to begin directly rewarding stockholders for the progress we have made so far,” David Burritt, the chief executive of U.S. Steel said in the statement.

Shares rose 6.3% at 4:22 p.m. during after-hours trading in New York. The company hosts an earnings call with analysts Friday at 8:30 a.m.