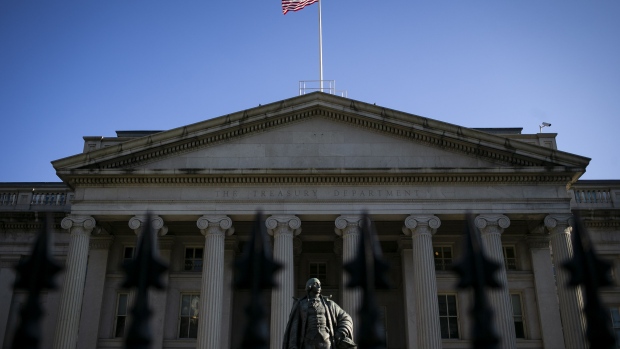 The 20-year Treasury bond -- offered this week for the first time in a generation -- is putting on quite a show.

Since the auction on Wednesday, the 20-year has gained more than 1.5 points in price, or US$15,000 per million. More importantly, the new bond has excelled relative to the rest of the Treasury curve.

“Treasury has to be ecstatic at how it’s been received in the first couple of days of trading,” said Tony Farren, a managing director at broker-dealer Mischler Financial Group in Stamford, Connecticut. “Since the auction it’s been the top performer on the curve.”

The 20-year’s rally translates to a nearly 10-basis-point drop in yield since the auction, which was awarded at 1.22 per cent. Over the same period the 30-year yield has fallen 7 basis points, widening the gap between the two maturities to 24 basis points.

Despite its outperformance, the 20-year still affords a buyer about two-thirds of the yield benefit of extending from the 10-year to the 30-year -- one possible source of demand, Farren said.

Also, because it is in the deliverable basket for the 30-year Treasury bond futures contract, “for people who’ve been playing in long-term futures, it’s a comfortable place for them.”