Analysts called the quarter “messy” and offering “more bad news than good.” With a loss of US$5.2 billion for the second-quarter, the business update also reignited debate about when Uber will turn a profit.

Uber shares dropped as much as 9.9 per cent on Friday, following results on Thursday after the market had closed. Uber is now down 13 per cent since its initial public offering in May. Lyft shares, meanwhile, slid 2.2 per cent, giving back some of Thursday’s gains after a beat-and-raise report.

Among positives, some analysts pointed to an improvement in gross margins, while others highlighted that the revenue miss was down to a driver appreciation award related to Uber’s IPO. 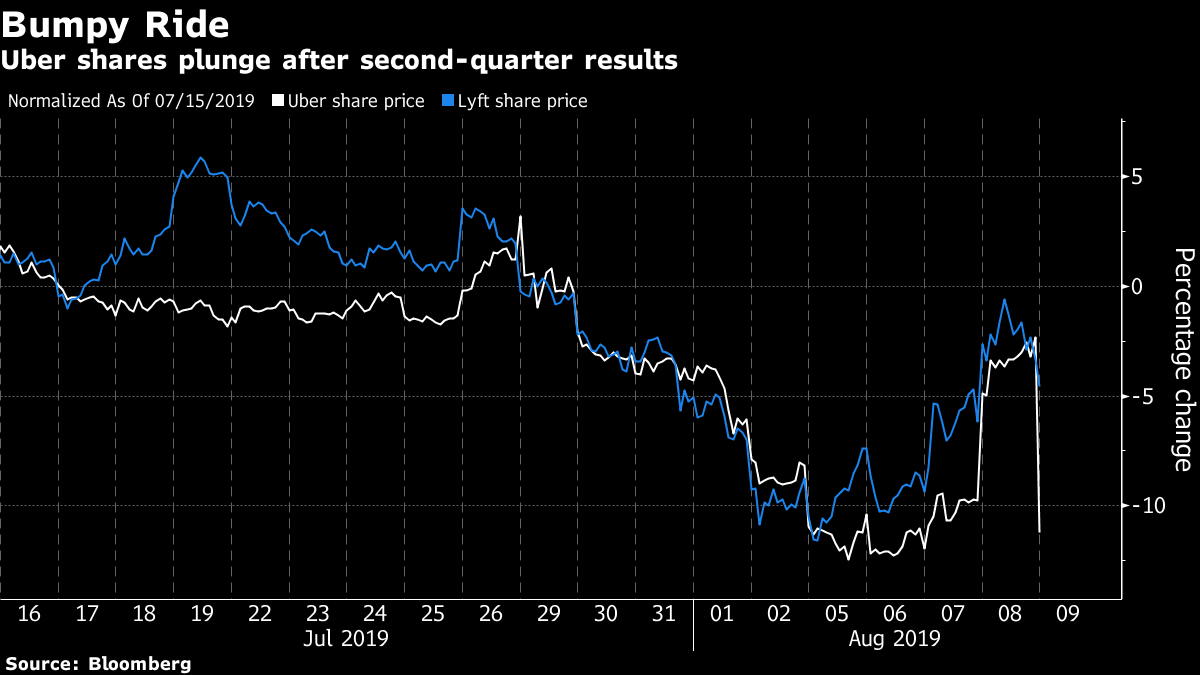 Here’s what analysts have to say about Uber’s second-quarter results:

--With assistance from Esha Dey