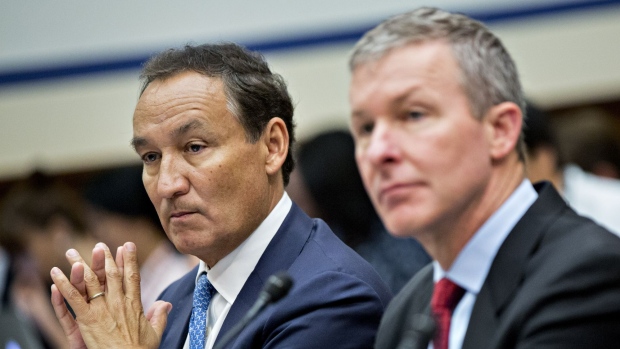 United Airlines Chief Executive Officer Oscar Munoz will hand the reins to President Scott Kirby next year, capping a turnaround effort at a company that had become an industry laggard after a rocky merger and a pair of embarrassing scandals.

Kirby, 52, will take over as CEO at United Airlines Holdings Inc. in May while Munoz becomes the executive chairman, the carrier said in a statement Thursday. Jane Garvey, the current chairman, will retire.

“With United in a stronger position than ever, now is the right time to begin the process of passing the baton to a new leader,” Munoz, 60, said in the statement. He was named CEO in September 2015, just before suffering a severe heart attack and heart transplant.

Kirby’s promotion to the top job was widely expected after he and Munoz worked to fix an airline that had floundered for years following its 2010 merger with Continental Airlines. Munoz took over after his predecessor was ousted amid an internal probe of United’s handling of a case involving ties to the former chairman of the Port Authority of New York and New Jersey.

United rose less than one per cent to US$88.81 at 9:35 a.m. in New York. The stock had climbed 53 per cent with Munoz as CEO through Wednesday, while a Standard & Poor’s index of major U.S. carriers gained 18 per cent. 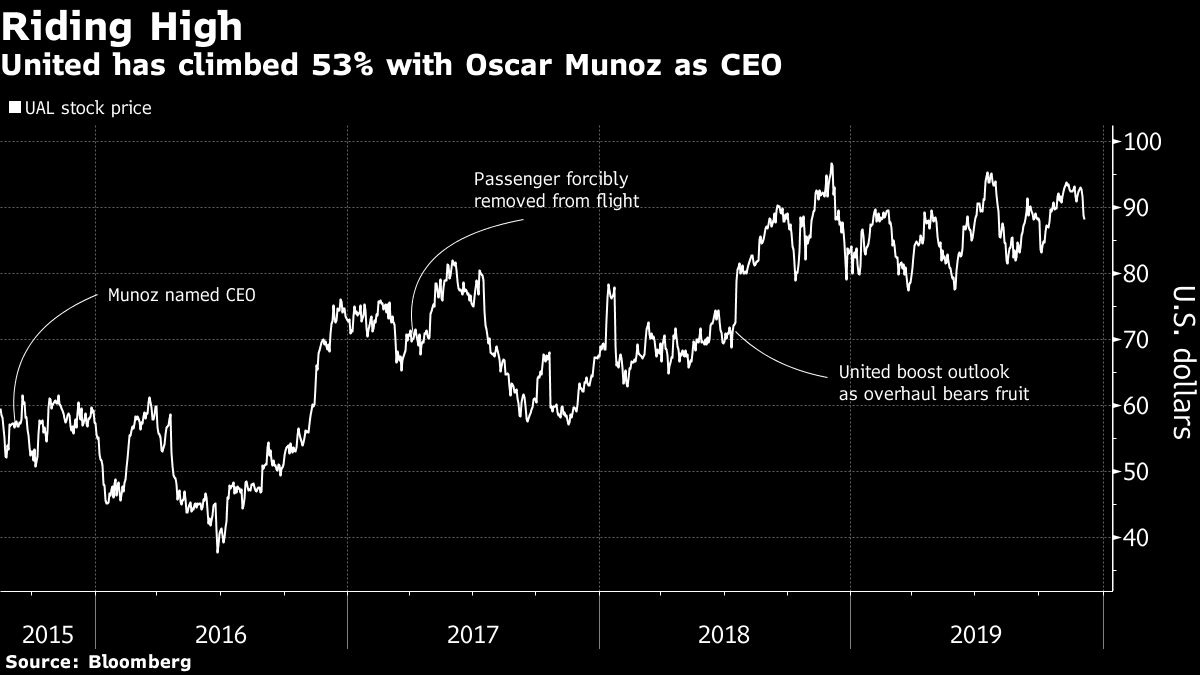 Under Munoz, the Chicago-based carrier suffered international derision in April 2017 when a Kentucky doctor was dragged from a regional jet — an episode that seemed to illustrate the company’s approach to customer relations for many travelers.

That incident occurred even as employees had warmed to Munoz’s changes, which included new contracts with most major work groups and robust investment on upgrades for airport facilities, employees’ smartphones and other technology to increase efficiency.

Kirby, who joined United in August 2016 after leaving American Airlines Group Inc., has sought to overhaul the carrier’s network, operations and revenue management. He has emphasized the need to reclaim what he calls “natural share” at the airline’s three mid-continent hubs in Chicago, Denver and Houston.

Wall Street analysts were initially dubious in January 2018 when United announced an aggressive plan to boost domestic seat capacity by as much as six per cent a year. That skepticism faded as the carrier’s financial results improved and the carrier boosted its profit forecast several times this year