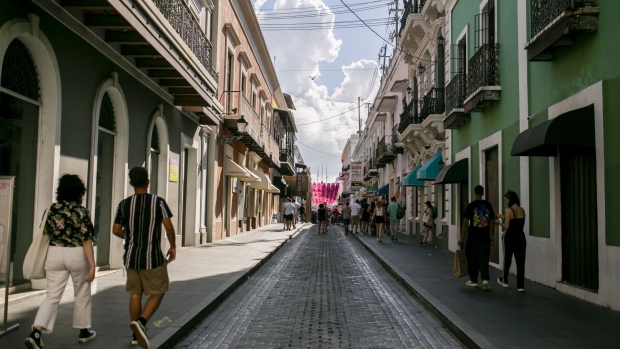 (Bloomberg) -- US lawmakers introduced draft legislation Thursday that, if passed, would trigger a binding referendum on Puerto Rico’s political status.

Maryland Democrat Steny Hoyer introduced the “Puerto Rico Status Act,” saying it was a compromise measure that would allow the US commonwealth of 3.2 million people to determine its fate.

The proposal would require Puerto Ricans to choose from three options: independence, statehood, or sovereignty in free association with the US. Crucially, it would also require Congress to act on the vote.

Arizona Democrat Raul Grijalva, the chairman of the House Natural Resources Committee, said he would start circulating the draft for comment in hopes of pushing it through. Last year, two competing status bills were introduced, sapping momentum from both of them, he said.

The effort comes as some Democrats see statehood for Puerto Rico as a way to solidify control of Congress. Puerto Rico leans Democratic, and if it were a state it would be eligible for two Senate seats and five House seats.

The island has been a U.S. possession since 1898 when William McKinley’s administration seized the colony at the end of the Spanish-American War. Since then, La Isla del Encanto has progressively won greater autonomy but is still at a disadvantage when it comes to federal funding, programs and representation. Although Puerto Ricans have been U.S. citizens since 1917, residents don’t have the right to vote for president and don’t have a say in Congress.

There have been several attempts to untangle the Puerto Rico status knot, including three nonbinding referendums since 2012. In 2020, 53% of voters on the island said they favored statehood.