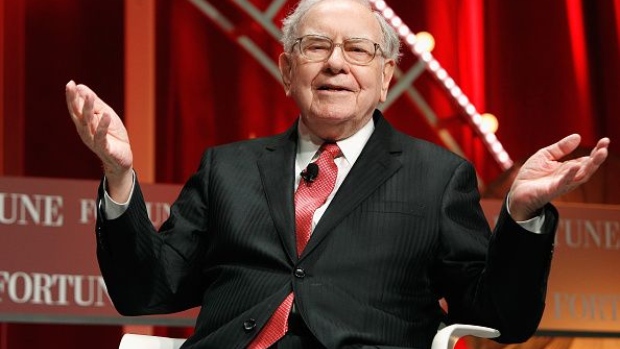 Riot police walk across Hennessy Road during a protest in the Causeway Bay district of Hong Kong, China, on Sunday, Oct. 6, 2019. Violence escalated in Hong Kong as protesters set fires and vandalized train stations and banks, pushing back against government efforts to quell demonstrations when it invoked a colonial-era emergency law. Photographer: Bloomberg/Bloomberg , Photographer: Bloomberg/Bloomberg

Hong Kong’s deadly violence is focusing attention on China’s next move as pro-democracy protesters show no sign of letting up. Investor calm is starting to crack as the local economy contracts and the Hang Seng slides from its 2019 peak. The pressure-points on China are multiplying, too: Economic data missed expectations, calls to ban U.S. retirement funds from investing in China resurfaced and a trade deal remains elusive.

The S&P 500 reached new highs despite the first public impeachment hearings. William Taylor, acting U.S. ambassador to Ukraine, revealed a second call by President Donald Trump tied to digging up dirt on ex-Vice President Joseph Biden. Former U.S. Ambassador to Ukraine Marie Yovanovitch testified she felt Trump’s statements about her were threatening and his attacks on her as she testified intimidating. Democrats said his latest tweets could form the basis of impeachment for obstruction. Still, despite the drama, the economy may be working in Trump’s favor.

Bloomberg Businessweek provides an inside look at how Trump shifted from an algorithm-fueled, grand China trade strategy to a limited deal. And the world’s biggest container-shipping company wants to remind you that trade wars are bad.

Wealthy homebuyers are finding cities like New York, London and Vancouver less welcoming—even hostile—to their cash.Elon Musk’s $2 billion-plus solar venture may become a threat to Tesla. And the Mustang name will now be on an electric crossover.The future of code is buried in an Arctic cave—in case of an apocalypse. Thousands of miles away in the desert, Dubai is still building shopping malls; too many of them.

What you’ll want to see in Bloomberg Graphics

These are the biggest bets of the third quarter. The world’s richest investors, from Stan Druckenmiller to Warren Buffet, have disclosed their latest moves in the U.S. stock market, showing how they placed their money during the third quarter—and how those bets look in hindsight.

To contact the author of this story: Tony Czuczka in New York at aczuczka@bloomberg.net