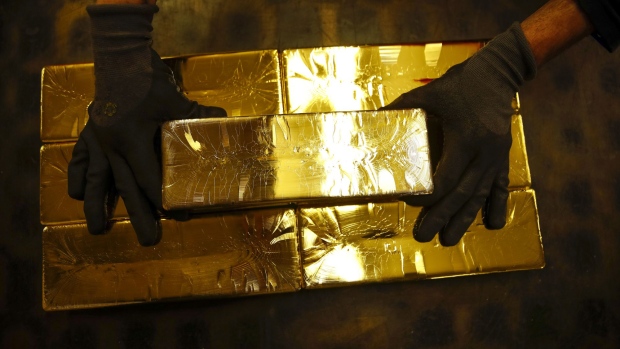 The world’s largest gold exchange-traded fund is seeing withdrawals after a ferocious run.

Traders pulled cash from the US$79 billion SPDR Gold Shares for a third straight week, following eight consecutive months of inflows, according to data compiled by Bloomberg. After luring almost US$20 billion this year, GLD still ranks second among ETFs and is up about 30 per cent.

The coronavirus pandemic and uncertainties about global growth have sparked demand for gold as a store of value. Unprecedented economic stimulus from governments and central banks has also raised the specter of inflatio, adding to bullion’s appeal. Yet the rally has shown signs of losing momentum as economies reopen, eroding demand for haven assets.

“With the price of gold recently flattening out after a stellar run through early August, traders likely viewed this as an opportune time for some profit-taking,” said Nate Geraci, president of the ETF Store.

Despite the recent outflows for the giant ETF, its peer iShares Gold Trust (IAU) is still going strong -- with 25 weeks of inflows. The short-term market moves would have a greater impact on GLD since it’s used as a trading vehicle, while investors interested in buy-and-hold strategies usually turn to IAU because of its lower costs, Geraci said.

The recent fluctuations in gold ETFs could also be due to market volatility and unknowns regarding policy tweaks from the U.S. Federal Reserve.

“There’s just more uncertainty as to how we proceed from current levels, whether the economic recovery is going to continue or if there will be a more sustained pullback and just different views on the inflation trajectory,” said David Perlman, an ETF strategist at UBS Global Wealth Management.

It’s exactly this high degree of uncertainty that may keep the interest in bullion and related assets strong. Total gold ETF holdings are around record-high levels.

“Demand is going to stay, whether it’s because rates stay lower for even longer or eventually people think inflation is coming back,” Dwek said.