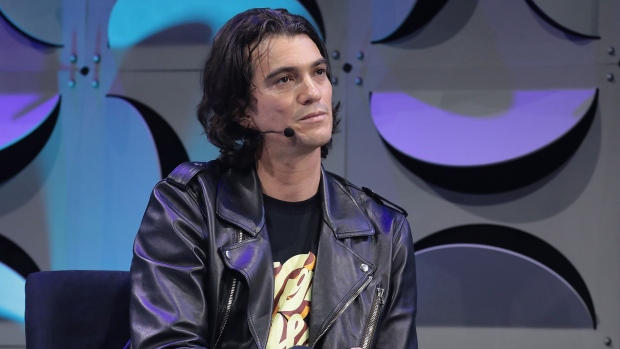 WeWork cofounder Adam Neumann is preparing to list his 11-acre property in Corte Madera, California, after paying US$21.4 million for the estate in 2018, according to people with knowledge of the matter.

An asking price for the home, located about 15 miles north of San Francisco, hasn’t been finalized, said one of the people, who requested anonymity because the deliberations are private.

Neumann amassed multiple homes across the U.S., including New York, when WeWork was one of the most valuable startups on the planet. Now he’s entangled in a legal battle with SoftBank Group Corp. after the Japanese conglomerate walked from a deal that would’ve allowed him to sell shares worth up to US$970 million.

The home, located at 800 Corte Madera Avenue and known to some as “Guitar House,” is known for a living room that’s shaped like the instrument. Designed by architect Sim Van der Ryn, it was formerly owned by the late music promoter Bill Graham, according to a prior Zillow listing. It has seven bedrooms, a pool, water slide, home theater, racquetball court and organic gardens and an orchard, the Zillow listing shows.

Neumann has also listed one of his Manhattan residences. His wealth — on paper — has taken a battering, in part because SoftBank in May wrote down the co-working company’s valuation to US$2.9 billion, a fraction of the US$47 billion it commanded last January.